Is this Nokia’s first Android phone? 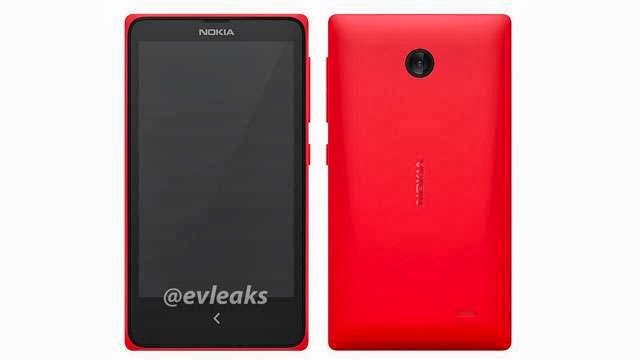 Looks like Nokia is giving in to the dark side and contemplating building an Android phone. Codenamed Normandy, an image of the alleged Android handset from Nokia has been leaked online. What’s most interesting according to reports are that Nokia may be testing this handset with a special “forked” variant of Android, kind of like Amazon’s Kindle Fire OS.

Image of the purported handset was leaked back in November by serial leakster @evleaks on Twitter. At first glance, it looks like yet another vanilla Lumia style device and doesn’t display any capacitive buttons for navigation just yet. However, The Verge is now reporting that the handset isn’t another Windows Phone device but is an Android one. This is reportedly Nokia’s next-step in low-end phones.

Will this be Nokia’s first Android phone?

As mentioned earlier, sources are claiming that Normandy will not be aligned to Google’s own version of Android, but will be a flavour of it. Something on the line of what Amazon does with its Kindle Fire range of products. Essentially, Nokia – like Amazon – will have full opportunity to customise Android on the device completely. The report also says that Normandy – which is being referred to in the company by various other names – supports Android applications like Skype and other top apps.

It’s also being said that Normandy will be an Asha equivalent for Nokia, something that will cater to the lower end of the market. What’s more interesting to note is that the Microsoft deal is approaching Nokia with full force. It isn’t quite clear whether Nokia plans to release this device prior to or after the Microsoft deal, but it does look like the Finnish company is looking to release Normandy sometime next year. It’s like that if this project indeed ends up seeing daylight, it will be before the Microsoft takeover. So, it may not be too long before you see the very first Android-flavoured smartphone coming out of the Nokia stables.