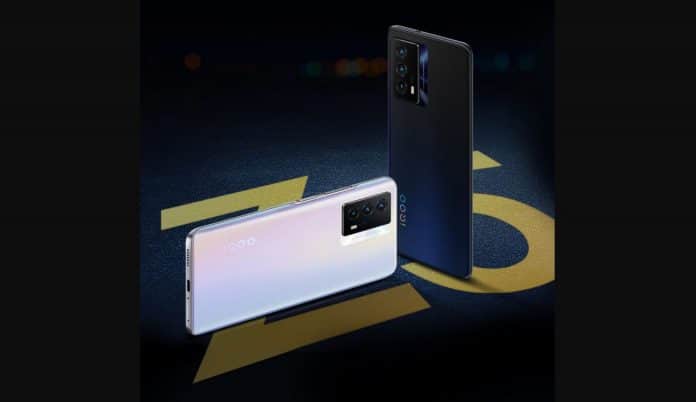 iQoo Z5 Launched in India: iQOO has released its next-generation Z-series smartphone, the iQOO Z5 5G, in India today, as promised last week. The phone was just released in China, and it includes a 120Hz display, a powerful Snapdragon CPU, 64MP triple cameras, and other features.

Let’s take a short look at the iQOO Z5 5G’s major specifications and features before moving on to its price and availability in India.

To begin with, the iQOO Z5 has a 6.67-inch IPS LCD panel with a 120Hz refresh rate and a 240Hz touch sampling rate for smooth and lag-free gameplay. The screen features a maximum resolution of 1080 x 2400p, a contrast ratio of 1500:1, with HDR 10 and DCI-P3 color gamut compatibility. There’s also a punch-hole cutout in the top-center to house the 16MP selfie camera.

In terms of cameras, the phone has a triple-camera system on the rear. A primary 64MP lens with an f/1.9 aperture, an 8MP ultra-wide sensor, and a 2MP macro sensor for depth and close-up pictures are included. The camera offers 4K video recording, a dual-view mode, a night mode, and a variety of additional functions.

The Qualcomm Snapdragon 778G chipset, which is a 6nm-based 5G-enabled SoC targeted for premium mid-range handsets, is found inside the iQOO Z5. As a result, it’s safe to assume that the phone will operate with India’s 5G networks. Up to 12GB of LPDDR5 RAM and 256GB of UFS 3.1 storage are supported by the chipset. A microSD card port is also available for storage expansion. In addition, the gadget has a dynamic RAM extension function that effectively adds an extra 4GB of RAM, making it quicker and more multi-tasking capable.

A fingerprint sensor on the side and a 3.5mm headphone port are also included. It ships with the FunTouch OS 12 based on Android 11 and comes in two color options: Arctic Dawn (White) and Mystic Space (Black).

When it comes to the iQOO Z5’s pricing, the smartphone is available in two different variants. The iQOO Z5 basic model with 8GB RAM and 128GB storage costs Rs 23,990 in India, while the higher-end 12GB + 256GB model costs Rs 26,990. The phone will be available on Amazon starting October 3rd. In addition, from October 3 to October 12, iQOO will provide exclusive discounts on the smartphone to HDFC users.