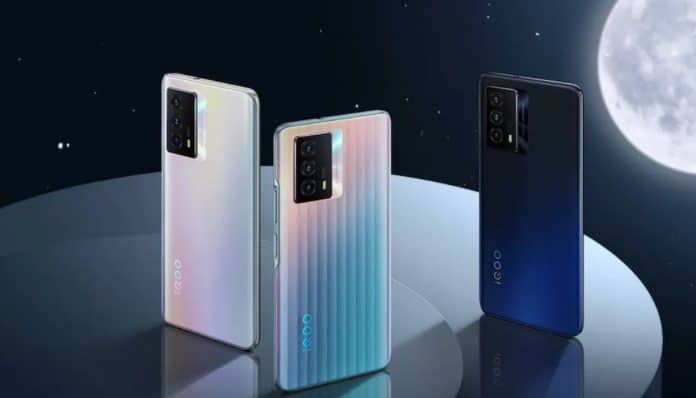 The iQoo Z5 5G is slated to launch on September 23 in China, and the manufacturer has recently announced that it will also launch on September 27 in India. iQoo has also released several renderings of the next smartphone. It will have a main back camera with a resolution of 64 megapixels. In addition, iQoo has released some example pictures taken with the iQoo Z5 5G. A 120Hz refresh rate display, a Snapdragon 778G SoC, LPDDR5 RAM, UFS 3.1 storage, and a 5,000mAh battery are among the other features highlighted by the company.

It’s time to unveil a #Fullyloaded smartphone specially designed for the Gen Z.

Block your date for the launch event to be held on the 27th September, 12PM.

Price of the iQoo Z5 5G in India (expected)

According to previous reports, the iQoo Z5 5G would cost less than Rs. 30,000 in India. The company also claims that it is the “segment’s finest performance and gaming device.”

The soon-to-be-released iQoo smartphone has been verified to include a 64-megapixel primary back camera, according to information published by the company on Weibo. However, the remainder of the camera module’s specifications is yet to be confirmed. In addition, iQoo has released several example pictures from the smartphone. Another Weibo tweet confirms that the Z5 5G will have a 120Hz refresh rate display.

On Weibo, some renders of the smartphone have also been released. According to the article, the Z5 5G will come in three colors: black, white, and purple/blue gradients. The colour options’ names have yet to be verified. The smartphone is shown to have a triple back camera system in a rectangular module in the article.

On Weibo, iQoo posted a dedicated picture for their next smartphone, revealing that it would have a Snapdragon 778G SoC, LPDDR5 RAM, and UFS 3.1 storage. The iQoo Z5 will also have a 5,000mAh battery, according to iQoo.