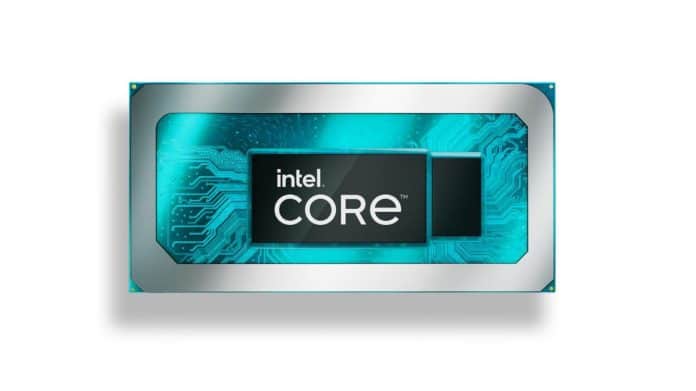 Intel has launched the P-series and U-series chipsets under its 12th-Gen Alder Lake laptop line today, after the introduction of its 12th Gen H-series Intel Core processors for laptops at CES 2022 earlier this year. After unveiling some specifics during the CES 2022 event, the business has recently released further information. Intel’s mobile CPUs are intended to power thin and light laptops while also improving performance and efficiency. So, let’s look at the specifics.

Under Intel’s current P-series and U-series Alder Lake portfolio, the company has revealed a total of 20 chipsets. These include new i3, i5, and i7 processors in the P-series, U-series (15W), and U-series (9W) series, which will power a variety of thin and light laptops in 2022. Beginning in March, the first laptops featuring the new 12th-Gen Alder Lake Intel Core CPUs will hit the market. 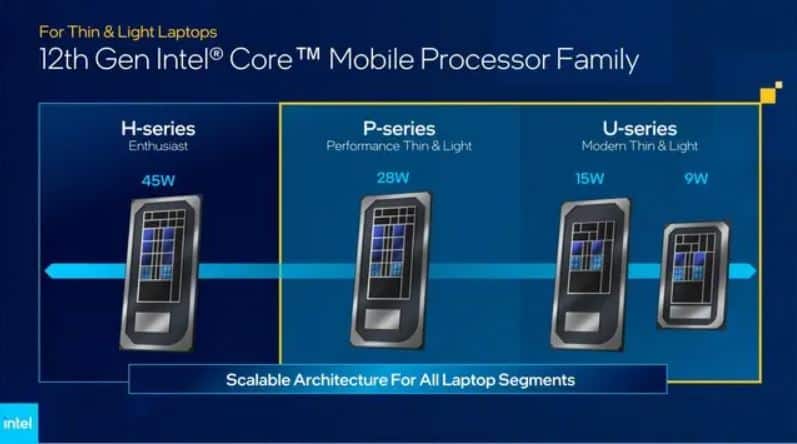 Furthermore, the P-series CPUs share many characteristics with the higher-end H-series processors, including the core count. For example, the top-tier P-series chipset, the Intel Core i7 1280P CPU, has the same 14-core architecture as the top-tier i7 and i9 H-series processors. Six performance cores and eight efficiency cores are included, albeit the P-series CPUs have lower clock rates and overall performance.

The new U-series CPUs, on the other hand, have fewer cores than the P-series chips. All U-series processors can accommodate up to two performance cores, with the total core count (between six and ten) determined by the number of efficiency cores.

Intel claims considerable increases in performance and battery life with the new P-series and U-series chipsets for thin and light notebooks, due to the extra cores. According to the business, the new 12th-Gen processors can provide a 70% gain in multi-thread performance over prior 11th-Gen or AMD technology. In addition, Intel revealed that its new Alder Lake CPUs outperformed Apple’s M1 and M1 Pro chipsets, as well as the AMD Ryzen R7 5800U, in testing for workloads such as picture editing and web surfing.

Aside from this, the new Intel U-series and P-series CPUs can have Intel’s inbuilt Iris XE GPU, however, OEMs can also use Intel’s newest ARC GPUs, which the firm has already begun selling to OEMs. Furthermore, all of the most recent technologies are supported, including Wi-Fi 6E, Thunderbolt 4, PCIe 4.0, and memory compatibility for DDR and LPDDR configurations. More information on the new Intel Alder Lake 12th-Gen P- and U-series CPUs may be found in the photos below.

The third-generation Evo platform, which the mentioned CPUs enable, was also introduced by Intel. Stay tuned for updates on when the first laptop with the new processors arrives.