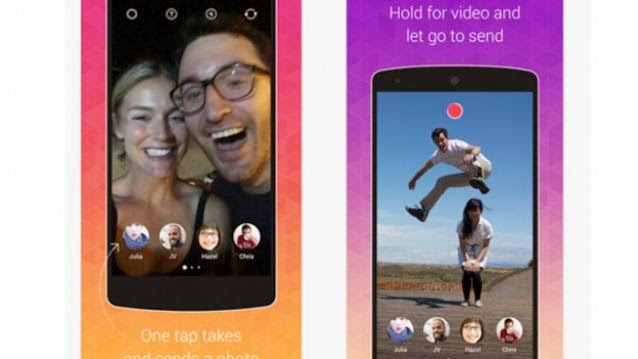 Paying no heed to another app with a similar name that’s been around since last year, Instagram has gone ahead and launched the Bolt app. However, the app is available only in New Zealand, Singapore and South Africa as of now and can be downloaded on the Google Play store and Apple App store.

Just like the popular ephemeral app Snapchat, Bolt lets users send one-tap photo and video messages. Talking about the limited availability, an Instagram spokesperson explains, “We decided to start small with Bolt, in just a handful of countries, to make sure we can scale while maintaining a great experience. We expect to roll it out more widely soon.”

Some of the features listed on the app store reveal that Bolt will allow users to take and share photos and videos very quickly. It also allows users to caption their photos and videos, while making it simpler to share content on chats. The app doesn’t require users to subscribe with their email addresses and one can simply sign up with their phone number – similar to WhatsApp.

The Snapchat-competitor also comes with a ‘shake to undo’ feature. This means you can simply shake the phone to undo an action and save yourself from sending an embarrassing message or photo. Recipients will have to swipe to make messages disappear, though the messages stay on Instagram servers for 30 days.

It is highly believed that after a failed attempt at acquiring Snapchat and then building a Snapchat-inspired app, Facebook is looking at Instagram’s popularity to attract users with a similar offering.