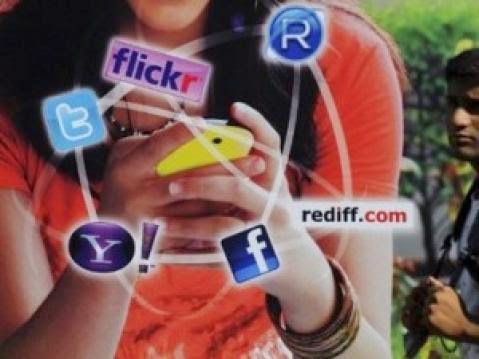 More Indians are logging into Facebook and Twitter accounts, as evident from a record growth of 37 percent in social networking during 2013, according to a study by eMarketer.

“Indians are increasingly logging into Facebook and Twitter accounts, with the country recording the highest social networking growth of 37.4 percent in 2013,” the US-based independent market research firm, which provides insights and trends in digital marketing, media and commerce, said in the study.

Though the growth rate of social network users may be slowing globally, there is no stopping in India, as the number of social media users in urban India is projected to cross a whopping 80 million this year from 63 million years ago.

With the second largest Facbook user base outside the US, India is expected to have the largest Facebook population in the world by 2016, according to a data released Friday at an international conference here on “Social Media Marketing in Emerging Markets”.

The conference was organised by L.N. Welingkar Institute of Management Development & Research in association with Academy of India Marketing and IDG Media.

A survey by the Internet and Mobile Association of India found that 78 million netizens across the country were active users of Facebook in early 2013, registering a 50 percent growth over the same period in 2012, followed by 33 million users on Twitter and 20 million users on LinkedIn.

Asserting that social media was the next big frontier, institute group director Uday Salunkhe said whether people like it or not, they could not ignore the powerful medium in the virtual world.

“The boom has established social media as an imperative part of a holistic marketing strategy as it proved to be hugely beneficial for businesses to reduce costs, improve customer services and create an online personality,” Salunkhe told about 200 participants from management and marketing fields.

Executives from corporate world and research experts from B-schools across the country spoke on the best practices they adopted to use social media for promoting and marketing products and services in the virtual world.