IBM to invest $3 bln for chip research and development 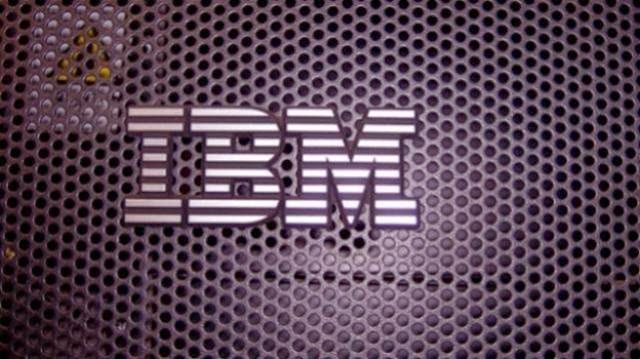 IBM announced on Wednesday it will invest $3 billion over the next five years in chip research and development in hopes of finding a game-changing breakthrough that can help revive its slumping hardware unit.

IBM announced the plan a week before its widely anticipated second quarter earnings. Last quarter, sales in its hardware sector plunged 23 percent from a year earlier and the company posted its lowest quarterly revenue in five years.

IBM hopes to find ways to scale and shrink silicon chips to make them more efficient, and research new materials to use in making chips, such as carbon nanotubes, which are more stable than silicon and are also heat resistant and can provide faster connections.

“The message to our investors is that we are committed to this space, we believe there is great innovation possible that will be necessary in world of big data analytics, said Tom Rosamilia, senior vice president of IBM’s Systems and Technology Group.

“These are essential ingredients in delivering the kind of performance the world will demand. The world is demanding it now and will continue to demand it for the next 10 years,” he said.

The investment is equal to half of all IBM’s research and development last year. The company is preparing to divest its chip manufacturing business to focus on intellectual property. The company is rumored to be close to a deal with chipmaker Globalfoundries Inc.

At an investor briefing in May, IBM’s Chief Financial Officer Martin Schroeter said new research and development was essential to refreshing the hardware sector, which he expects to stabilize in 2014 and grow in 2015.

Silicon chips, which have been made smaller every year, are reaching a point of diminishing returns, preventing chips from delivering performance improvements demanded by new technology, the company said.

“You might say this is not a good time to be in the silicon chip business, but it is a great time to be ready for the next thing. This is the next thing,” said Richard Doherty a research director at The Envisioneering Group in Seaford, NY.

IBM is the only major company investing in carbon chip research. As demand grows for faster speeds, the investment could put it miles ahead of competitors like Oracle and HP, said Doherty.

Most electricity going through silicon chips gets released as heat, said Doherty, with only 30 percent going toward electricity. “Silicon-electron mobility is like moving through snow. You can’t run as fast,” he said.

One substance IBM has already done some research on is graphene, a pure carbon through which IBM says electrons can move 10 times faster than in silicon. The company plans to invest more on research in this area.

The new chips would allow for faster computing processes that could lead to artificial intelligence and high power cognitive computing. The company hopes the investment will lead to technology that allows computer systems to emulate the brain’s efficiency, size and power usage, it said.