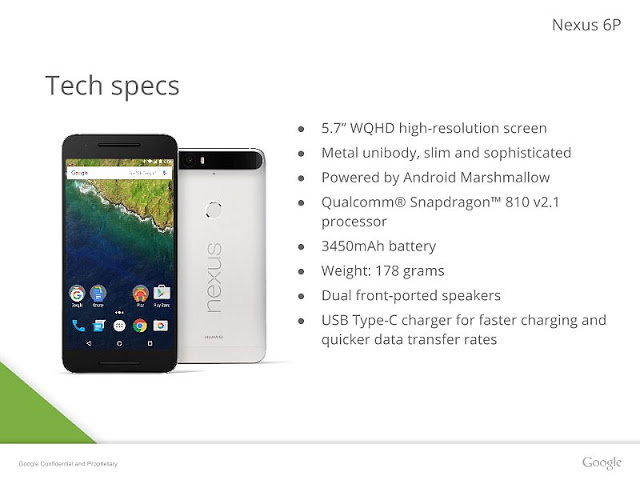 The Google Nexus devices launch is scheduled to take place in two days’ time, but the leaks just keep pouring in. After the leak of the packaging details, a new dump of slides meant for promotional and marketing purposes has surfaced on Imgur. 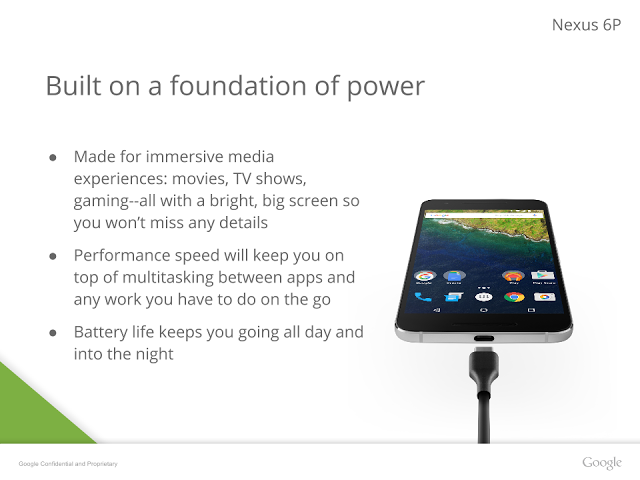 We already know that the Huawei Nexus 6P smartphone is rumoured to sport a 5.7-inch QHD screen translating to 2560 x 1440 pixels, a metal body, Snapdragon 820 SoC and a fingerprint reader.

According to a report, the device will have an internal storage of up to 128GB.

The latest slide details also mention the presence of a 3450mAh battery and it mentions the chipset as Qualcomm Snapdragon 810, instead of 820. The Nexus 6P will be an all metal phone, so there would most likely be no wireless charging feature. It will sport Corning Gorilla Glass 4 on the display for added durability. It will weigh around 178 grams which is lighter than the 184 grams Nexus 6. 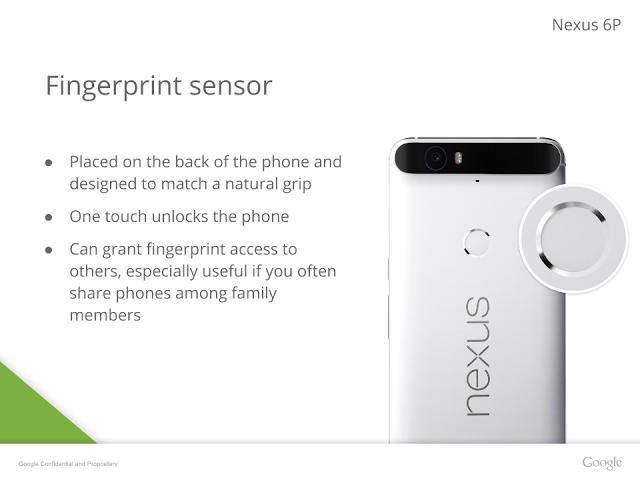 As expected, the phone is expected to sport the USB Type-C connector for charging and data transfer. One of the slides shows the finger-print scanner on the rear side.

Apart from the phone, one of the slides also talks about Android 6.0 Marshmallow, highlighting key features such as fingerprint verification support, freedom to choose what data to share with your apps, new battery standby system and of course Now on Tap which will throw up contextual answers. 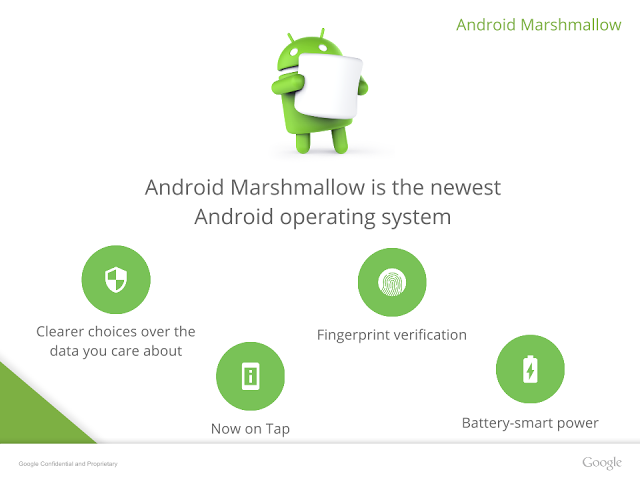 Google, which is set to host an event on September 29 in San Francisco, is gearing up to launch two new Nexus smartphones, one made by LG and other one by Huawei.