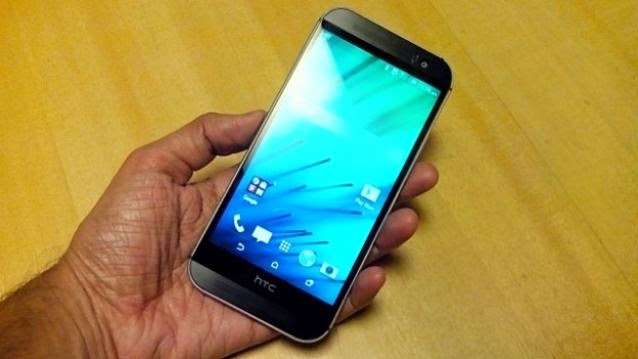 The major difference between the HTC One (M8 Eye) and HTC One (M8) is the camera. While the M8 featured a 4-Ultra-pixel camera, the M8 Eye will feature a 13MP rear camera. Just like the M8, the M8 Eye retains the depth-sensing Duo camera on the rear side and a 5MP front facing camera. Apart from this, M8 Eye has the HTC Eye Experience.

HTC One (M8 Eye) is powered by a Qualcomm Snapdragon 801 SoC which has a 2.3GHz quad-core Krait CPU along with fully integrated 4G LTE. It runs on Android 4.4 KitKat OS along with the HTC Sense 6 UI skinned atop it. Just like the One M8, it sports a 5-inch full HD display with a metallic rear cover with smooth rounded edges and a curved body on the rear side.

The HTC One (M8 Eye) supports the HTC Eye Experience, which is a prorietary software which lets you optimise your phone’s camera. For instance, in video chat and conference calls, the HTC Eye Experience’s face tracking keeps you perfectly framed at all times and it can also track up to four faces in a room at the same time and crop them in set positions, in group conversations. Photo Booth clicks a burst of images and throws up a collage after its done clicking four photos. Split Capture divides the screen into two sections, and each section gives the view of either the front or rear camera. Crop me-in lets you be part of a photograph by cropping you into the frame as you are composing the shot. We have seen this with Samsung and Sony phones in the past as well. Voice Selfie removes the need for awkward hand contortions by enabling you to trigger the shutter release with a simple voice command. Face fusion is a feature that allows you to merge your face with that of a friend or celebrity for a completely original look and Live Makeup, where you can set the desired level of skin smoothing and preview the effect in real-time before the image is captured.

Apart from the HTC One (M8 Eye), HTC also announced other products such as the HTC RE camera, the pricing for HTC Desire 820 and 820q, the budget HTC Desire 516c and the HTC Desire EYE.