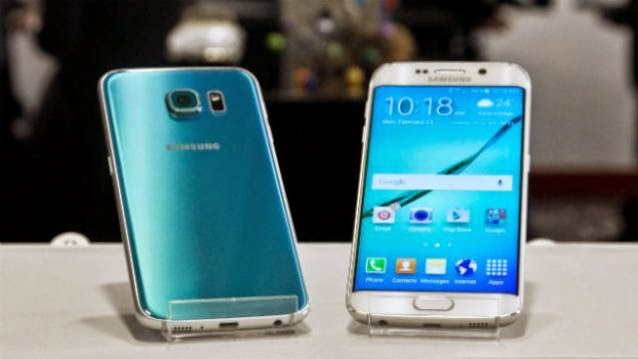 Going by Samsung’s past launch pricing for its flagship products, the Galaxy S6 was surprisingly priced under Rs 50,000 for the 32GB variant (the Samsung Galaxy S5 was launched at Rs 51,500 for a 16GB variant). But with the Galaxy S6 Edge, Samsung has stuck to its high price point launch, charging users an almost Rs 10,000 premium for what is essentially a Samsung Galaxy S6, although with curved edges on both sides.

No doubt, the Galaxy S6 / S6 Edge do indeed look beautiful and Samsung has finally got rid of the plastic build and incorporated metal in the build. Features such as fast charging, improved camera, improved UI with less bloatware are certainly good. But to charge a Rs 9,000 premium for a phone whose internals are the same as the Galaxy S6, makes little sense.

One needs to note that although Samsung has priced its Galaxy S6 at Rs 49,900 for the 32GB variant, the Android smartphone market is completely different now since the Galaxy S5 and the Galaxy S4 launches. The Chinese smartphone players such as Xiaomi, OnePlus, Oppo and Gionee have redefined the Android flagship segment in the last one year. By Samsung’s standards, a sub-Rs 50,000 launch price may seem good, but today’s smartphone buyer has a lot many choices.

But here is the kicker. As compared to Apple, Samsung seems to have priced its phones well. But we also know for a fact that Samsung is known to slash its flagship phone’s prices within a couple of months, unlike Apple whose prices pretty much remain the same from launch till the next refresh cycle.

The Galaxy S5 wasn’t the best Galaxy device Samsung sold, as was evident from the price drops. By the pricing of the Galaxy S6/S6 Edge, it dosen’t look like Samsung really wants to disrupt the market. OnePlus One sells for Rs 21,999 and has last generation’s flagship features. Xiaomi launched the Mi 4 at Rs 23,999, again with top end features. Paying almost double this price for the Samsung flagships, is not really as easy a decision for buyers now than it would have been two years ago. Xiaomi, with its monster sales in India, is yet to launch its 2015 flagships – the Mi Note and Mi Note Pro, which come with the latest flagship features.

By pricing the Galaxy S6 Edge over Rs 55,000 it is a bit difficult to gauge what message Samsung is sending across. Looking at Samsung’s past record, it is safe to assume that the Galaxy S6 and Galaxy S6 Edge prices will drop to (hopefully) sensible levels 6 months down the line. It is a bit confounding why Samsung does not release their products at an attractive price point to begin with. Considering small players such as OnePlus and Xiaomi are willing to sell phones at almost cost price, a large conglomerate such as Samsung can certainly take a lesser profit margin to increase sales volumes.
Xiaomi managed to sell over 1 million smartphones in the August – December 2014 period thanks to its unique flash sales model. According to Hugo Barra, Xiaomi’s vice president of international said that the big factor behind the million plus sales, was the “the combination of a small portfolio and longer average selling time per device.”

Xiaomi continues to sell older devices in spite of the new product launches. While Samsung also has a longer average selling time per device (the Galaxy S4 is still selling at an attractive sub Rs 20k price point) its product portolio is huge – a strategy which is certainly not helping Samsung increase sales numbers.

What do you’ll think about Samsung’s pricing for the Galaxy S6 and Galaxy S6 Edge? Do you believe that a Rs 9,000 premium on the Galaxy S6 Edge is justified? What amount would you be willing to shell out for the phones? Do let us know in the comments section below.