Here’s why Microsoft is buying Minecraft-maker Mojang for a reported $2.5 billion 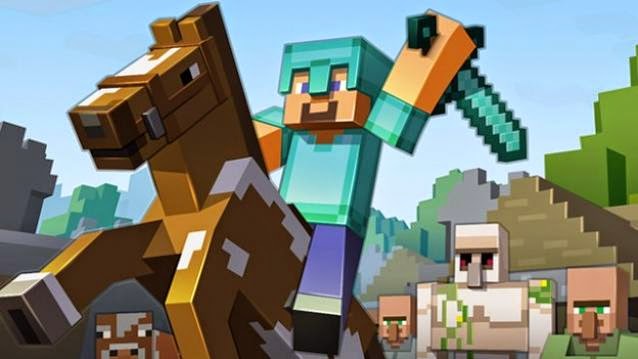 Microsoft’s impending purchase of Mojang, the Swedish developer with 100 million players of its open world Minecraft game, is more aimed at pulling users onto the software company’s obscure mobile platform than its better known PC system or Xbox game console.
The software company’s Windows Phone system has only 2.5 per cent of the world’s smartphone market, and its Surface tablet barely more, according to tech research firm IDC. Growth is hampered because many app and game developers ignore it.
Enter Minecraft, which is the top paid app both on Apple’s iOS and Google’s Android systems. Microsoft will unveil a $2.5 billion deal to buy its owner on Monday, according to a source briefed on the matter.

“It seems like Microsoft is looking at Mojang and Minecraft as a way to tap into this enormous cultural phenomenon,” said Dave Bisceglia, Chief Executive of independent game studio Tap Lab. “If you look at iOS, Minecraft has been a top-grossing game for quite some time, if Microsoft could on Windows phones give players a unique and compelling experience that you can’t get on the other platforms, that could be a driver to sell devices to existing Minecraft fans.”

Microsoft does not disclose numbers of users of Windows Phones, and declined comment on the deal.

Minecraft was launched five years ago as a PC game, but 54 million sales later, about 40 per cent of copies are downloaded onto phones and tablets. Left to their own devices, it does not seem likely that Mojang’s 40-strong team would ever get round to designing a Windows Phone version of Minecraft.

Markus Persson, the game’s creator and co-founder of Mojang, said last year that Windows phones are so insignificant in terms of market share that they are not worth developing for.

“Because it’s tiny,” Persson wrote in an email to Reuters last June, when asked why his company only made mobile versions of its games for iOS and Android, but not Windows Phone.

Wall Street is focused on the mobile benefits for Microsoft.

“We don’t view this acquisition as a signal of Microsoft’s intent to double down on Xbox but consider it an attempt to better address mobile on a cross-platform basis,” said Nomura analyst Rick Sherlund in a note to clients this week. “This also appears to be consistent with (Microsoft) CEO Satya Nadella’s mobile and cloud strategy.”

Microsoft is expected to pay close to $2.5 billion for Mojang, or about 8 times sales last year. That is small change for Microsoft, which has $86 billion in cash and short-term investments. But it is relatively large and expensive for game company acquisitions, which do not have a stellar record of success.

Japan’s SoftBank) paid $1.53 billion for a 50 per cent stake in Finnish game maker Supercell last year at about 3.5 times projected annual sales. Electronic Arts’ $750 million acquisition of PopCap in 2011 was valued around 10 to 11 times sales.

Joost van Dreunen, Chief Executive of research firm SuperData, said the price tag “seems like a lot for a title that has certainly not peaked but is certainly not in its initial frenzy.”

He doubts that Minecraft can really help Windows phone sales: “Minecraft itself has done very well on the iOS platform, but it’s better on the iPad, the screen is bigger,” he said. “I don’t see why this could drive handset sales.”

@techfoogle
Previous Google Android One to make a grand entry in India today
Next Sandisk announces 512GB SD card, the biggest in the world