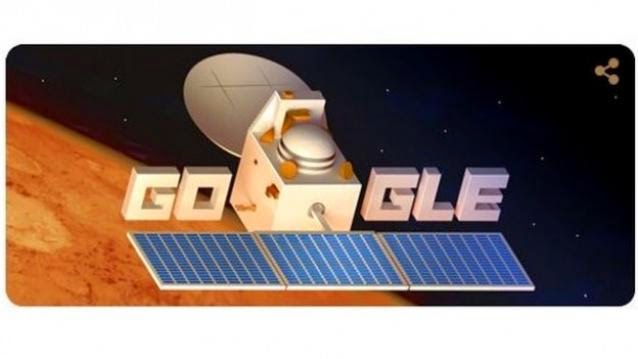 Start small, win quick, then move on to bigger issues.

That appears to be the European Union’s strategy to pursue Google in a competition dispute by choosing to push a narrow set of charges around its shopping service, while opening another investigation of Google’s Android mobile phone software.

Whether or not the EU succeeds in branding Google a market-abusing monopolist in web search – a big if, given that the competition authority has yet to publish its exact charges – the Internet giant could be pinned down for years to come in regulatory procedures and legal appeals.

A drawn-out process is likely to embolden existing and would-be interlopers to step up assaults on Google’s wide range of businesses, if the history of Microsoft’s antitrust battles with U.S. and European regulators is any guide.

In accusing Google of anti-competitive practices against rival shopping sites, the EU competition authority said it is continuing to investigate other areas, including alleged “web scraping” to copy content off of rival travel and local business review sites, and Google’s restrictive practices on advertising.

A quick EU finding that Google has abused its market power by favoring its own shopping services at the expense of non-Google websites, could set a precedent for new charges over how it handles hotels, flights and other services, experts say.

This, in turn, could renew politically charged debates over Google’s tax avoidance moved and privacy safeguards.

“The concern is how broad does this investigation go?” asked Macquarie Securities analyst Ben Schachter, who tracks Google.

Google readily acknowledges it is the most used search engine in Europe, but argues that people find information on the Internet via many avenues, including social media, mobile phone apps, shopping sites and by going directly to popular sites.

“Allegations of harm, for consumers and competitors, have proved to be wide of the mark,” Google said in a statement responding to the European Commission. “We respectfully but strongly disagree.”
So far, nothing the EU proposed in its preliminary statement of objections suggests it is ready to force Google to change its business model, any hint of which would spook investors and be a threat to its ability to innovate and compete, analysts say.

“We see little long-term risk to the business model from regulators,” Baird Equity Research analyst Colin Sebastian wrote in a note to investors. More likely, the EU will impose fines or set competitive restrictions on how Google features its own properties versus those of rivals, he said.

By contrast, Microsoft was accused of tying its web browser to its Windows software monopoly in a bid to dominate the emerging Web era and faced calls to be split in two in the course of legal battles stretching from 1998 to 2010. That created openings for Internet leaders Google, Facebook, Apple and Amazon.com to emerge.

It’s too early to say whether Google faces the same fate as the world moves beyond computers into the mobile Internet era. Working in Google’s favor is its control over Android, the software used to power more than 80 percent of all smartphones. That positions it well for the current shift, but puts it on uncertain ground as the EU starts to probe Android as well.

EU Competition Commissioner Margrethe Vestager has said she wants a change in the “principle” underlying searches rather than a redesign of current Web pages or tweaks to algorithms by which Google ranks results.

During the five-year inquiry leading to the accusations, Google agreed three times to settlement terms, only to be rebuffed by EU authorities who saw its proposed changes as too narrow or cosmetic.

This week’s crackdown on Google drew a chorus of cheers from a handful of start-up shopping sites that had filed complaints alleging Google excluded them from its search. They see the EU’s action giving them a second chance, both in terms of business opportunities and the ability to attract fresh venture funding.

But Google’s woes are not likely to help Europe’s burgeoning start-up scene, in part because Google is an active funder and serial acquirer of young companies here, but also because most firms count on Google’s low-cost ads to fund their own services.

Instead, Google’s bigger opponents including German publisher Axel Springer (SPRGn.DE) and other European media and telecom firms with more to gain from having it on the defensive.

GLOVES COME OFF
The likeliest beneficiaries do not come from Europe at all. They are well-known, high-tech names that increasingly compete with Google in what is largely a single, global digital market.
These include Apple and Samsung (005930.KS) in phones, Amazon.com in shopping, Facebook and Twitter in social media, and, in software, Microsoft and Oracle (ORCL.N), two active backers of the EU case against Google.

Amazon, Facebook, and Apple share many similar business practices to Google in terms of favoring their own products over those of competitors, analyst Sebastian said. Each, in its way, is gaining ground on Google in realms they control.

But because none of these rivals have the decisive monopoly market power that Google has over web search, they don’t, at least so far, face the same scrutiny from regulators, he says.
Amazon’s site search uses its own “buy box” to favor either its own inventory or that of other key partners. Apple’s mobile apps (iTunes, Maps, AppStore) are installed as default software on its closely controlled phones and tablets, akin to how Android phones default to Google’s search, maps and app store.

Facebook targets advertising using members’ personal details, which gives it a distinct advantage over other online and offline media companies, including Google. From nowhere a decade ago, Facebook now ranks second behind Google in terms of advertising customers, the revenue lifeblood of both companies. Google has 4 million customers while Facebook has 2 million customers, according to Macquarie analyst Schachter’s estimates.

Facebook has also begun beefing up its search capabilities, posing a big challenge to Google by keeping users inside its network instead of going to the open web, where Google is king.

Google may have held off from launching this product to avoid provoking regulators, which has now happened despite efforts to appease the EU, said Pivotal Research analyst Brian Wieser.
“Google knows that anything that they want to do is going to met with regulatory scrutiny, so why hold back?” Wieser said.
Reuters