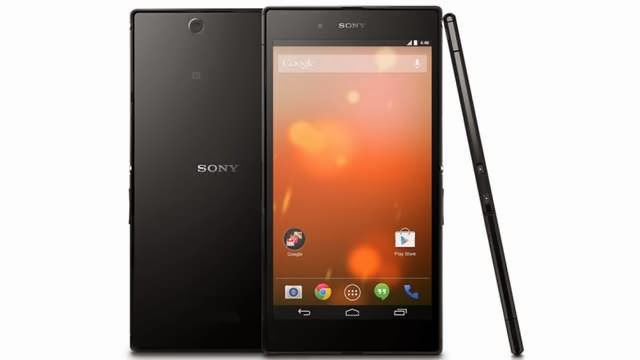 Google has announced two more Google Play Edition devices to go along with the Samsung Galaxy S4 and the HTC One. This time it is LG and Sony getting some stock Android love, with Google picking LG’s G Pad 8.3 and Sony’s Xperia Z Ultra. Both will run the latest build of Android 4.4 KitKat, becoming the first non-Nexus devices to be launched with that flavour.

Interestingly, Sony and Google have dropped the Xperia name for the Google Play edition, with the massive phablet being simply called the Sony Z Ultra.

In terms of specs, the two devices will be identical to the regular variants, so there are no surprises there. Unfortunately at the moment, both are only available in the US, and wider availability has not been announced.

While the G Pad 8.3 had excellent hardware, the software was a bit of a letdown. Stock Android should change all that. G Pad has the right hardware to make KitKat shine. There’s a quad-core 1.7GHz Snapdragon 600 processor and a 1920×1200 8.3-inch IPS display. There’s 2GB of RAM and 16GB of internal storage. The design of the device will remain the same as the original pure LG model. Google has priced the Play edition tablet at $349, which is quite a great price for the specs.

Despite the omission of the Xperia moniker, the Z Ultra still bears characteristic Sony traits, There’s that beautiful monolithic design and waterproof chassis. You can read more about the phone in our in-depth review. Google has priced this phone at $649.

The display on the Ultra is massive and at 6.4 inches it’s in tablet territory. But it can make calls. Performance should be no headache, considering the quad-core Snapdragon 800, 2GB of RAM, 1080p display and LTE support are identical to the Nexus 5.