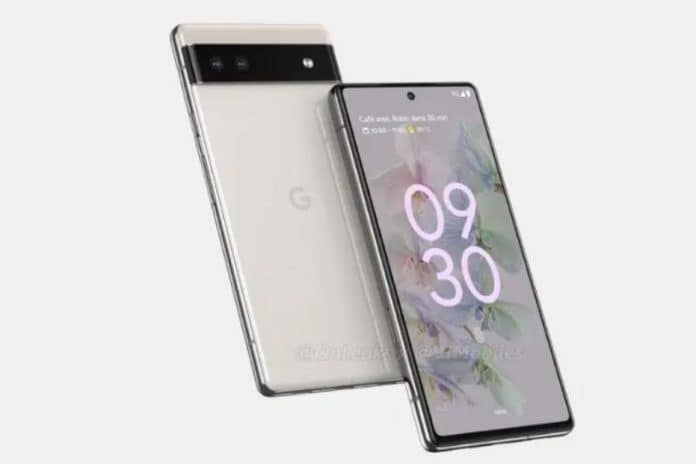 Google just unveiled the Pixel 6 and Pixel 6 Pro, both of which include significant improvements. Now it’s time to focus on the Pixel 6a, the lineup’s mid-range device since we now have the first rendered photos of it. Here’s a sneak peek at the incoming Pixel phone.

According to prominent leakster Steve Hemmerstoffer aka OnLeaks (via 91Mobiles), the Pixel 6a will have the same design as the Pixel 6 and 6 Pro. We’re expecting the same massive rear camera hump and a punch-hole display in the middle. You can also see the dual-colour scheme inspired by the Pixel 6.

Dual rear cameras and an LED flash are visible on the black camera strip. The “G” logo may be found on the rear panel. A rear panel made of glass is also predicted.

The phone also has right-side volume and power buttons, a left-side SIM tray slot, and a bottom-end USB Type-C connector (together with speaker and microphone grille). The phone will lack a 3.5mm audio jack, much like its older brothers. If this occurs, it will be the first time a Pixel “a” phone has been released without it.

While the Pixel 6a spec sheet is still unavailable, we can make some educated guesses. A new mid-range Tensor chip or a Qualcomm Snapdragon 778G chipset are expected to power the Pixel 6a. Like the Pixel 6, it might include a 50MP Samsung ISOCELL GN1 camera sensor.

It will include up to 8GB of RAM and 128GB of storage, Android 12, up to 3 years of software upgrades, and other features. The Pixel 6a, like the Pixel 6 phones, is likely to have an in-display fingerprint scanner. In terms of pricing, we may anticipate it to be less than Rs 40,000.

Because these are early reports, it is advised to take them with a grain of salt and wait for formal confirmation. Stay tuned for further information.