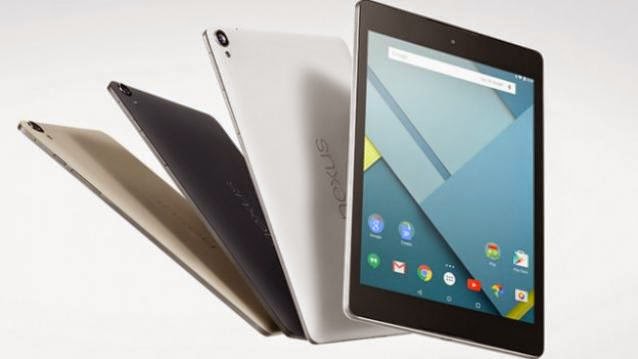 Google announced its Nexus 9 tablet on Oct 16th, a day before the big iPad Air 2 launch. Google India Play Store has already listed the Nexus 9 (16GB, Wi-fi only) tablet for Rs 28,900 but there is no clear availability date, all you get is a Coming Soon label. The Nexus 9 32GB is currently only showing the LTE variant for Rs 44,900. The official leather cover listed for the tablet will cost Rs 2,900.

The HTC-made Google Nexus 9 features an 8.9-inch IPS display with a 4:3 aspect ratio. The Nexus 9 features 2048 x 1536 pixels of resolution that places it at par with the Apple iPad Air. The Nexus 9 will be the first tablet to run Android 5.0 Lollipop, Google’s latest iteration of the Android OS. This will ensure that Nexus 9 users can get their hands on swift multitasking, new notifications that can be accessed direct from the lockscreen, better battery performance and more. Here’s all you need to know about Android 5.0 Lollipop.

The Nexus 9 is powered by an NVIDIA Tegra K1 processor. This 64-bit dual-core Denver CPU should be able to handle all the multitasking, and heavy gaming and apps. The K1 offers Kepler GPU with 192 cores for smooth functioning of 3D graphics. It also includes 2GB RAM. It comes with an 8MP rear snapper with an f/2.4 aperture. The front camera has a 1.6MP resolution.

In case you want to know how the Nexus 9 performs against the new Apple iPad Air 2, check out our comparison chart.
With Diwali starting next week, we hope that the Coming Soon tag soon changes to Available.