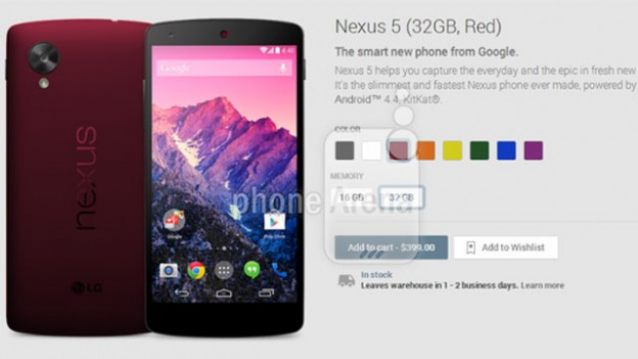 Smartphone makers have traditionally preferred blacks and whites for their phones with the odd limited edition colourful version coming up. The only exception was Nokia, which stuck to colourful phones for the Lumia series. But ever since Apple launched the iPhone 5c, it’s been pouring colourful smartphones. Now, it would Google also plans to add a dash of colour to the Nexus 5.

Google may soon let users choose from six more vivid colours besides the current white and black models. PhoneArena was tipped about a new  Google Play Store page for the Nexus 5, which lists six additional colour options namely, red, orange, yellow, green, blue and purple. The video showing the changes displays how the Nexus 5 image changes after clicking on a specific colour. However, there’s no information about the availability of the new colourful range. We have to say the green and red Nexus 5 variants look quite nice, while the purple one reminds us of a Sony Xperia phone. We wonder if there would be many takers for the yellow or orange versions. 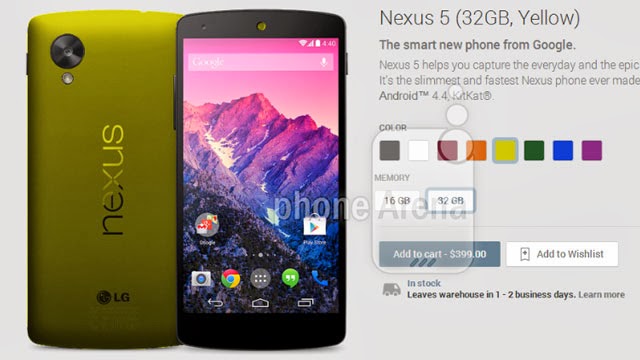 Surprisingly, Google doesn’t plan to mimic Apple with a Nexus 5 in gold or champagne colour, like many other manufacturers have been doing. Of course, this isn’t Google’s first brush with colourful phones. The Moto X has a very cool customised colour selection tool while the Moto G too comes in several peppy colours.

The Nexus 5 is the latest device in the company’s Nexus series that runs on stock Android. It is available on the India Play Store starting at Rs starting at Rs 28,999. Obviously, at the moment, only the black and white models are being sold. There’s no indication that the new colourful Nexus 5s will come to all supported Play Stores, if at all it materialises. Which of the colours looks the best on Google’s flasghip? Let us know.