From Line to WhatsApp: Messaging apps for all, but which one is right for you? 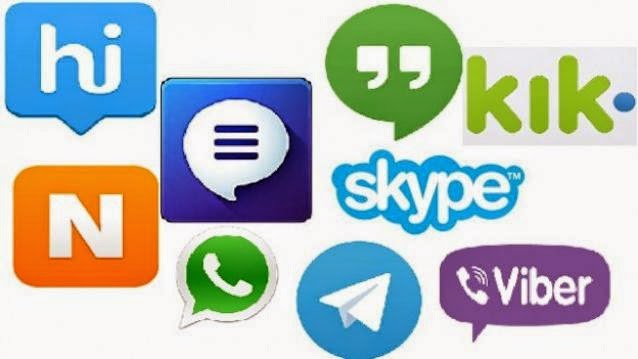 Despite its simple nature, there are thousands of mobile apps available for sending messages. Some apps do it with stickers and all the festooning, some ensure complete privacy, while others just make sure the receiver gets the message. Which ones suit you best? We take a look at some of the most popular messaging apps suitable for different needs. 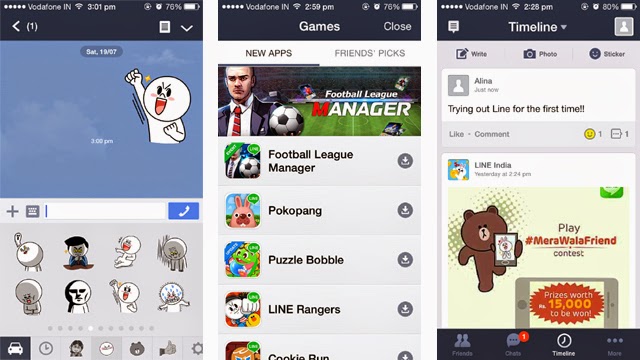 With a variety of regularly-updated graphic stickers and free calling for those out-of-pocket-money days, Line is a great messaging app for youngsters. Other than text messaging, it includes a host of other add-ons to keep you entertained with games, apps, themes and Official Accounts – a service that lets you access other websites without leaving the app. Line is available for iOS, Android, Windows Phone and BlackBerry devices. It’s free to download, though some features are paid-for.

WhatsApp: Best for ubiquity and ease of use 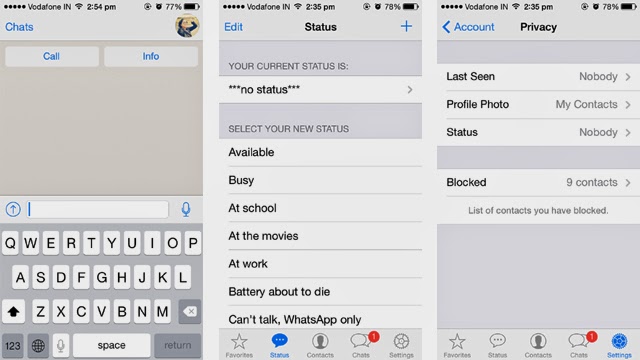 WhatsApp is one of the oldest and most popular messaging apps used across different age groups. Since it has been around for so long, it’s easy to find friends to talk to without having to invite them. It has an intuitive interface, while features are limited to sending text, basic emoticons, photos and other media. Anyone on your phone contacts who has downloaded the app can send you a message.

For those who prefer to connect only with the people they know, the BlackBerry Messenger app is a good alternative, as it uses a PIN instead of a phone number or details from social-networking apps. WhatsApp is available for iOS, Android, Windows Phone and Blackberry devices, as well as for Java and Symbian feature phones, which really makes connecting with all your contacts easier. 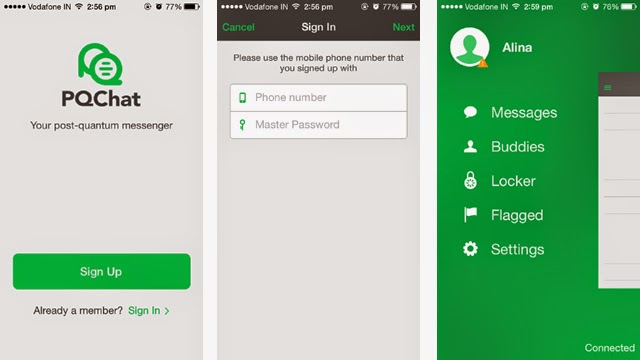 Need to send a confidential message to employees within an organization and keep away from snoops? PQChat claims to do that for you in the most secure way possible. It requires you to create a master password for the app and an auto-lock that triggers when the app stays inactive for a certain time. PQChat also encrypts every message before it leaves the app and promises not to use any of your data for marketing purposes. PQChat is available only on iOS devices.

If you’re a non-iOS user, Telegram is a good alternative to PQChat that’s available for Android,Windows Phone and iOS users. 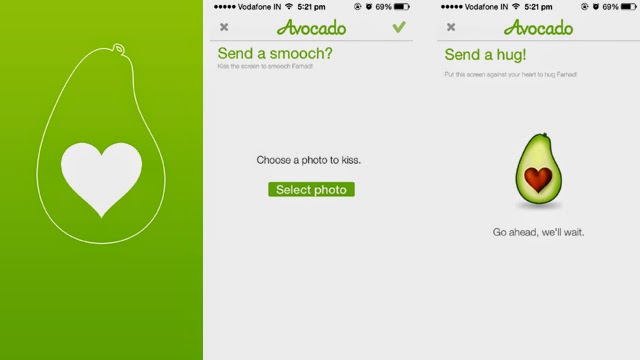 If a majority of the text messages you send are for your better half, consider an app designed specially for couples. There are plenty of relationship apps in the market, of which, Avocado is one of the best we’ve seen. Other than sending text, photos and emoticons, Avocado lets you send kisses and hugs – the latter by placing the phone to your heart! We don’t think messages could get more personal than that. You can maintain a shared diary to create reminder for anniversaries, birthdays or any other event, make your own doddles and even share your location with your partner. Avocado can be downloaded for free from the Google Play store or the Apple App store. 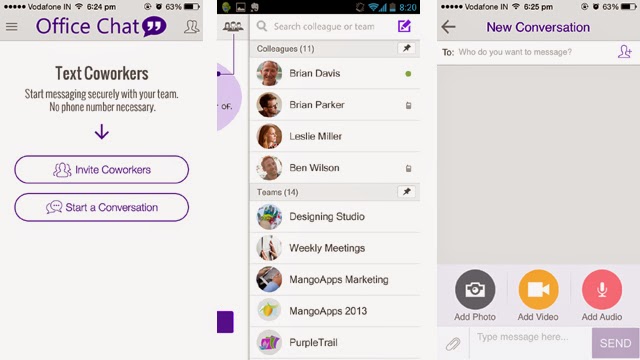 such app that helps with professional communication and sharing important documents in a secure environment. With Office Chat, you can access your list of colleagues and the teams you are part of. It can be integrated with your official mailbox to help you send text messages received in the form of emails. Office Chat can be downloaded for free from the Google Play store or the Apple App store.
Similar apps: Moped, Office Talk, Convo

Think we missed out on an important breed of messaging apps? Shout out in the comments sections below. 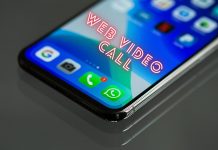 How To Make a Video Call on WhatsApp? This is the...