Freedom 251: Accused of fraud; but could be good, even if ‘vapourware’ 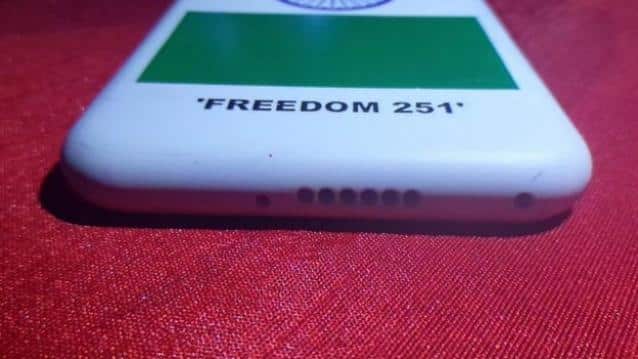 Approximately 10 days ago, I remember waking up to the hype over a sub-Rs 500 smartphone. The company’s name is Ringing Bells. A day later, news broke out that the sub-Rs.500 smartphone was priced at Rs 251. Something that was never heard of before.

A similar hysterical surge of interest around a news report occurred in 1996 when P. Ramar Pillai from Tamil Nadu claimed that he could transform water into petrol by using a herbal formula. It was a eureka moment for Indians. News discussions revolved around how India is slated to be a powerhouse and we could no longer have the need to depend on OPEC nations for oil. Unfortunately, the euphoria was short-lived. The story was a hoax.

Switch back to February 2016, and the greatest and most practical invention of our times – Freedom 251 – a smartphone priced at Rs 251 has been through a wave of interest. My first reaction to it was, it’s a great offering, but I’m staying away from it. On day 1 of the launch, most comments disagreed with my opinion of staying away. 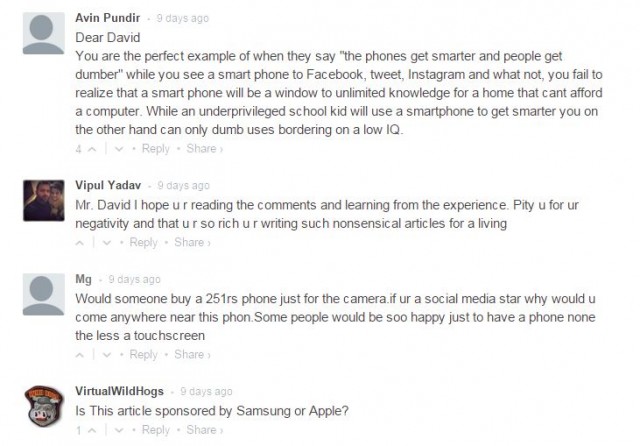 Once the initial wave of enthusiasm waved off, many more got practical and began analysing the trend. It certainly isn’t as straightforward as was being projected. Many readers saw the light and agreed with me as users dmani and Bhimashankar Sanga in the following comments: 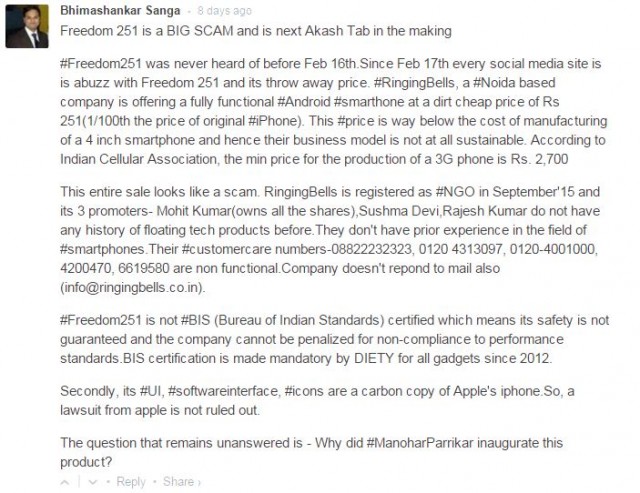 But many labelled me and us collectively as being pessimistic. Of being judgmental and being absolutely negative about the product.

Some believed we always saw the bad in something, and we haven’t even seen the product and have already judged them. The most hilarious was someone calling us a part of the western lobby to help established companies survive.

What’s finally happening is the surge of attention around the Freedom 251 is slowly dwindling. As soon as we had a piece around Freedom 251, we saw the first line of defence for the device from a representative of DIPP itself.

However, in a couple of days, there was a dissociation that began the wave of doubt among the masses.

While the idea of a budget smartphone is great, and the need to equip the not-so-privileged segments of society critical, it mustn’t happen at the cost of trust. There have been efforts in the past to subsidise tablets such as the Aakash educational project. Yet, despite the efforts there hasn’t been a $4 smartphone ever. Similarly, it’s essential that there’s clarity in terms of the business model and the process followed by the company. Many would say that there has been communication around how the company plans to launch its Android smartphone with 8GB storage for Rs. 251.

But then, when you head over to its website and are able to place an order for half a smartphone for Rs 125, you can’t help but have doubts.

Freedom to order even half of it #Freedom251 https://t.co/j5lMuNLlcQ pic.twitter.com/g1rk5mhzNs

This morning, Freedom 251 was in the news again. The customer care centre employed by Ringing Bells has accused the maker of the Freedom 251 of non-payment of dues and fraud. That could be the first bone to fall off the closet, but not all’s lost. There does exist tremendous potential to innovate in the budget smartphone segment. And probably Freedom 251 might just have triggered a whole new wave of businesses to deliver transformational products that cost a fraction of devices currently sold in the market. Eventually, it’s yet another reason for consumers to enjoy more pocket-friendly devices.