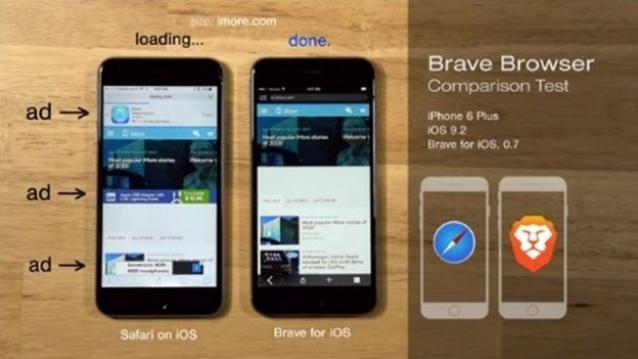 Former Mozilla CEO Brendan Eich has unveiled a solution to block those annoying ads that mar the Web browsing experience. In a launch that has potential to change how digital advertising works, Eich announced ‘Brave’ — a browser that blocks ‘all the greed and ugliness on the Web that slows users down and invades their privacy’ and actually put clean ads back to fund website owners and Brave users alike. Users can spend their funds to go ad-free on their favourite sites.

While it’s a no-brainer that sites loading ads drastically ups the page load time, there are some that compromise privacy with cookies or even put malware on the device without the user realising it. The Brave website states that they have integrated HTTPS Everywhere into their browser that makes sure user data is moving across the safest possible pipe. It also blocks Tracking Pixels and Tracking Cookies that eliminate instances like users seeing an ad for something for they bought a few days back.

Eich says in a letter on the website, “Everyone’s talking about ad blocking. Blockers can make the user experience of the Web much better. But as Marco Arment noted, they don’t feel good to many folks. They feel like free-riding, or even starting a war. You may never click on an ad, but even forming an impression from a viewable ad has some small value. With enough people blocking ads, the Web’s main funding model is in jeopardy.”

“At Brave, we’re building a solution designed to avert war and give users the fair deal they deserve for coming to the Web to browse and contribute. We are building a new browser and a connected private cloud service with anonymous ads. Today we’re releasing the 0.7 developer version for early adopters and testers, along with open source and our roadmap,” he adds.

Brave will be available across iOS, OS X, Windows, Linux and Android.