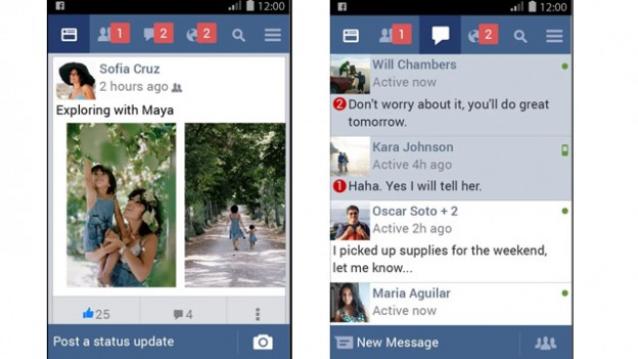 Travelling to a remote location and worried about poor network? Worse case scenario, worried you cannot get through Facebook because of a low connection? Facebook has finally launched its much talked about Facebook Lite app for Android in India, which will completely solve this problem.
Facebook’s standalone app termed ‘Facebook Lite’ — a simplified version of the mobile website for low-end Android devices in emerging markets has officially launched in India and the Philippines. The Facebook app has been specially designed to work in areas with 2G and poor quality internet connections.

The app is available in countries across Asia and will soon make its way to parts of Latin America, Africa and Europe, Vijay Shankar, product manager for Facebook Lite, said in an interview. In many of those countries, people still use 2G networks, which are much slower and have less power than 4G networks in developed nations.

The app uses less than half of a megabyte of data to limit data usage and rates for those in emerging markets. While it still supports Facebook’s News Feed, status updates, notifications and photos, it does not support videos and advanced location services. All devices running Android 2.2 and higher are supported.

The interface is quite similar to the original Facebook Android app, apart from a few design changes in icons along with a larger font size used. Images take a few seconds to load whilst being on the 2G network. Also, the app takes just a little while to start up but once you are logged in, you should not experience any problems.

Facebook Lite is part of the world’s largest social media network’s expansion into emerging markets. Earlier this year, Chief Executive Mark Zuckerberg announced Internet.org, a platform developed with six technology partners to connect 4.5 billion people with no current access to the Internet.
Facebook announced in January that, growing Internet penetration and a large youth population has helped it expand its user base in India to 112 million, which is the largest after the US. Of the 112 million users in India, more than 99 million users are using the platform on their mobile phones at least once a month.

About 45 million users in India are using their mobile phones every day to connect with their friends on Facebook. Globally, the company has 1.35 billion users, while the daily active users are 864 million.