Everything You Need to Know About Ataribox – Atari’s comeback console 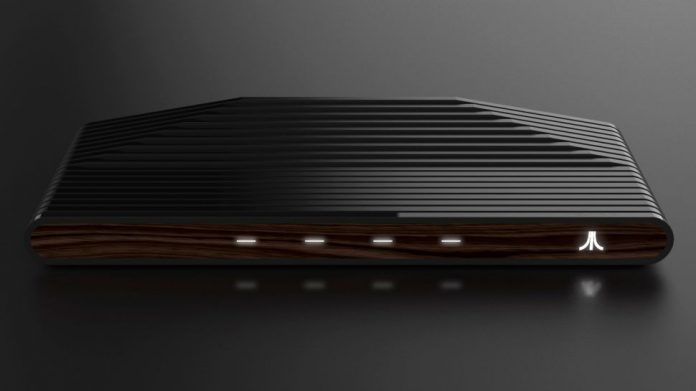 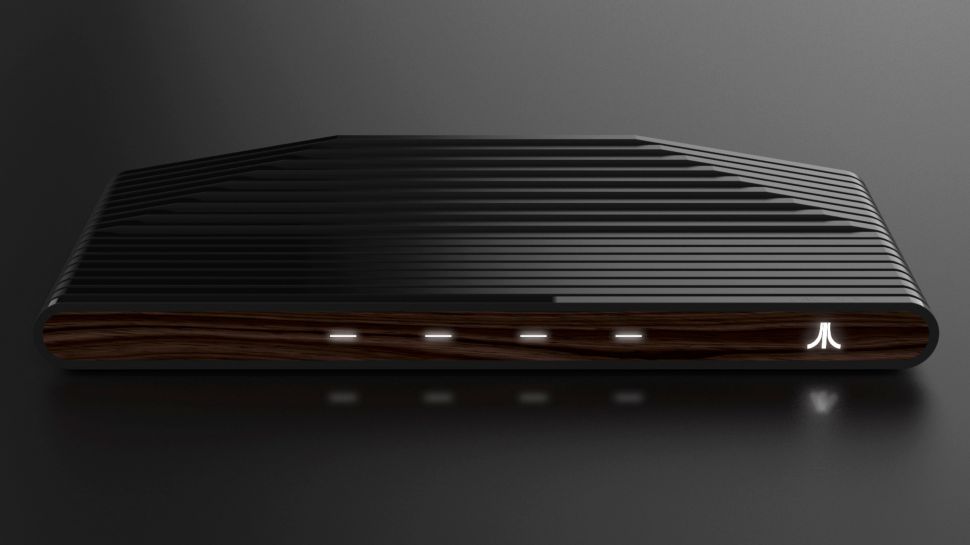 The Atari name still carries a lot of cachet with video game fans, given the company’s role in creating the home console market – but its last piece of new hardware, the 1993’s Jaguar, was a massive flop.

Since then, the Atari brand has changed hands multiple times, emerged from bankruptcy, and been used to market social games and online gambling.

It’s been a rough couple of decades for Atari. But that could all change if the Ataribox ends up being a huge hit.

What is the Ataribox? It is Atari’s hopeful comeback in the console world, promising both access to original Atari games along with new experiences, pairing the classic with the modern.

But beyond that, there aren’t a ton of concrete details: as of now, Atari is gradually teasing out images and information, claiming that they’re trying to respond to feedback before fully revealing the device.

Will this be an NES Classic-style smash that successfully mines nostalgia, or should we expect another Ouya-esque microconsole bomb that falls well short of expectations? We can’t say for sure at this point, but here’s everything we know so far.

Cut to the chase 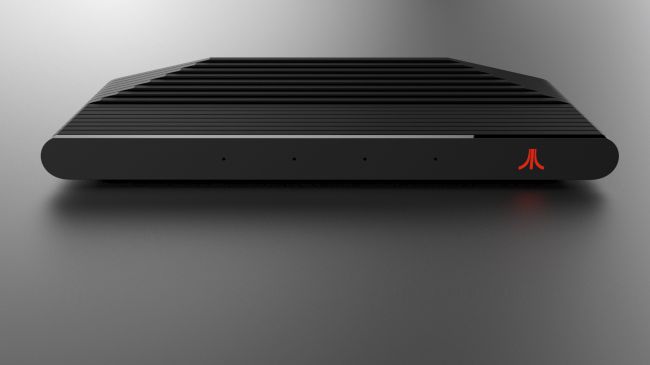 Atari first teased the Ataribox back in June with a pretty lightweight website and a brief YouTube clip, and then finally spilled the beans back at E3. Atari CEO Fred Chesnais, who bought the company following its 2013 bankruptcy, told VentureBeat, “We’re back in the hardware business.” The article also claimed that the device would be “based on PC technology.”

It wasn’t until July that we got a better sense of what to expect when an email blast to fans who subscribed to Atari’s newsletter answered some questions: The Ataribox will be available in two models – one with a classic wood grain front, and another that’s black and red – with a very slim, streamlined aesthetic that looks a bit like a cable box or streaming set-top box. Both versions share the same, smooth overall design, with ribbed lines and a raised back.

Based on the photos, we can see that the Ataribox will have several modern ports in the back, including an HDMI output, four USB ports, and an Ethernet cable port for wired Internet access. It’s also planned to support SD cards, as well. That could make it easy to bring games, media, and other content to your Ataribox, or perhaps help sustain a homebrew community. Or maybe it’ll just provide expandable storage so that users can buy as much or as little as they need, rather than Atari packing the box itself with it.

“Our objective is to create a new product that stays true to our heritage while appealing to both old and new fans of Atari,” read the email.

Inside the box, you’ll see an AMD customized processor with Radeon Graphics technology powerful enough to run games like Minecraft and lightweight indie titles just as well as the other consoles can. It will also be able to run traditional Atari games – though it won’t take much horsepower to run them.

According to a press release sent out about the console in late September, all this hardware will help the console bring a full PC experience to the TV, including the ability to stream shows and movies, access applications (the console runs on a flavor of Linux), log onto social networks, browse the web and stream music.

As far as what the controller looks like – whether it will be an Atari 2600 gamepad or something a bit more … modern – we’ll just have to wait and see.

Which games will it play?

Well, that’s the big question. After all, what good is another console if it doesn’t have great games to play on it? That was one of the most obvious problems with the Atari Jaguar, but that was more than two decades ago in a completely different era for gaming, not to mention on notoriously complex hardware that was difficult to develop for.
Atari says that the Ataribox will run classic games – digitally, that is, whether they’re built-in or downloadable (or both) –which makes a ton of sense. After all, the NES Classic was a big hit, selling out every time it hit stores and leaving a lot of fans desperate and wanting when Nintendo opted to stop producing the box.  The upcoming SNES Classic seems like it’ll be another smash, given how impossible it has been to secure a pre-order for the 16-bit throwback device.

Atari owns the rights to more than 200 different video game properties, including Pong, Missile Command, Asteroids, and Centipede. For a better hint at what to expect from the company, just check out the Atari’s Greatest Hits app for iOS and Android: it offers 100 classic Atari 2600 games that you can buy in small bundles, or you can unlock the entire library for $10.

Obviously, Atari isn’t going to release a custom piece of hardware, sell a $10 pack of games for it, and call it a day. That why the company has also teased “current content” for the Ataribox. Will that mean appearances by other, more modern Atari franchises like Rollercoaster Tycoon, Test Drive, and Ghostbusters? That could mean ports of Atari games we’ve seen on mobile platforms and other consoles over the last couple decades, or even ported PC games.

Maybe!  But it could also mean brand new content.

If the Ataribox is patterned more like the Ouya microconsole, then it could serve as a platform for new and experimental content of all kinds, especially from indie developers. That would seem to make a lot of sense, especially if the device ends up being powered by a low-end PC processor, or perhaps even Android with a mobile chip in the mix (despite the “PC technology” suggestion). But for now, it’s all just speculation. We know nothing for certain. 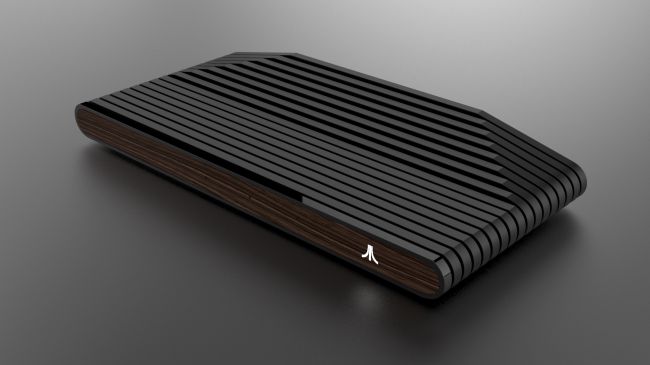 When will the Ataribox come out?

Atari has been a bit vague around this topic but, so far, it looks like the company is targeting Spring 2018, depending on how well the console’s Indiegogo goes.
“We know you are hungry for more details; on specs, games, features, pricing, timing etc,” read the company’s July 2017 email to subscribers. “We’re not teasing you intentionally; we want to get this right, so we’ve opted to share things step by step as we bring Ataribox to life, and to listen closely to Atari community feedback as we do so.”

But we do know one critical detail: the Ataribox will be crowdfunded. Atari doesn’t seem to be quite as flush with cash it was back in its early glory days, plus the Ataribox is a huge risk and will require ample investment.

This is obviously a bit of a double-edged sword: If the box gets all the funding it needs within a matter of days – it’ll be clear that Atari has a potential success on their hands. If they don’t, well, it could be an early death for a neat idea.

But hopefully we will see it in 2018, then, or beyond. However, even if the console makes its way to the mass production stage, crowdfunded consoles haven’t had a great run so far in terms of longevity: the Ouya ended up being a short-lived phenomenon that yielded rough launch hardware and few essential games you couldn’t play elsewhere. Meanwhile, the PlayJam GameStick landed with a whimper and the Coleco Chameleon flamed out before it was even built.

But if Atari can successfully trade on its classic brand, deliver an authentic old-school 2600 experience, and offer enough compelling modern content to justify the price, then maybe the Ataribox can succeed where other microconsoles have failed. As with most of the hard details here, we’ll just have to wait and see – and we’ll keep you updated.