E3 2023 Dates Announced: The Entertainment Software Association (ESA) has canceled the April 2022 E3 event. But it turns out that this event will be back next year. We now have the decision on the E3 2023, which will be available in the second week of June.

The Hype starts now. 👀#E32023 will take place in person from June 13-16 in the Los Angeles Convention Center with separated business and consumer days and areas.

This time ESA has partnered with ReedPop to host E3 2023. ReedPop has already planned major events like PAX, New York Comic Con, Star Wars Celebration, and more. E3 2023 invites developers, journalists, publishers, content creators, and others to come together in person for the first time since the Covid-19 pandemic. It was supposed to be held as a physical event again this year, but it was canceled.

Although the reason for the cancellation is unknown, ESA was more likely to be able to adequately prepare for an in-person event rather than a digital transformation.

Registration for E3 2023 will open later this year. The program will feature digital gaming activities on June 11, before the event. The first two days are reserved for businesses, the third for businesses and consumers, and the last day for consumers.

The content of this event is still unknown, but we expect large companies and developers to attend the resumption of E3 directly. So, are you looking forward to E3 2023? Share your thoughts in the comments section below.

4A Games announces Metro Exodus for Xbox One, Windows 10, PS4... 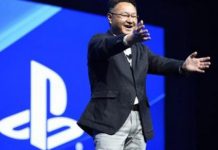