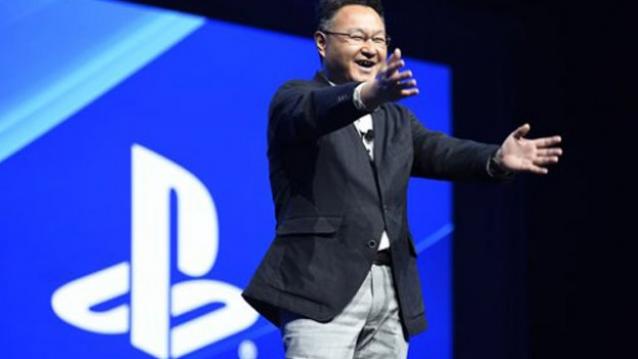 Nathan Drake is back in action.

The preview showed Drake and mentor Victor “Sully” Sullivan engaging in a firefight on foot before evading enemies through city streets in a jeep. However, gamers eager to play the latest installment were told they’ll have to wait until 2016.

Sony kept most of the focus of its trade show presentation on games coming to the PlayStation 4 console, demonstrating such titles on stage as the sci-fi exploration game “No Man’s Sky” and the impressionistic platformer “The Last Guardian,” a title that was originally teased six years ago at E3 2009.

“I could not be happier standing here today,” said Shuhei Yoshida, president of Sony Computer Entertainment Worldwide Studios. “You don’t know how long I have waited for this moment.”
Sony spent much of its time in the E3 spotlight promoting exclusive content coming to PS4s for such games as the military shooter sequel “Call of Duty: Black Ops 3,” Caped Crusader saga “Batman: Arkham Knight,” Victorian-era stealth game “Assassin’s Creed: Syndicate” and sci-fi shooter “Destiny.”

“In 2015, everything is a remix,” said Media Molecule co-founder Alex Evans.

Yu Suzuki, the director of the beloved “Shenmue” series, came on stage to petition gamers to crowd-fund a “Shenmue 3″ nearly 15 years after open-world “Shenmue 2″ was released.

Project Morpheus, Sony’s virtual reality headset that works in concert with the PS4, was only briefly mentioned during the presentation. The gaming and electronics giant previously announced the VR system would be out in spring 2016 but hasn’t specified a price.

Andrew House, president and CEO of Sony Computer Entertainment, said a multiplayer arena battle game for Morpheus called “Rigs” would be available for attendees to try this week on the floor of the E3 show at the Los Angeles Convention Center.

Beyond games, Sony declared it was expanding its PlayStation Vue online TV service to Los Angeles and San Francisco on Monday night, broadening availability from when it launched in March in New York, Chicago and Philadelphia. The cable alternative, starting at $50 a month, includes local TV stations affiliated with CBS, NBC, Fox, and pay TV channels such as AMC, Bravo, CNN and Comedy Central. The service is available on PS4 and PlayStation 3 consoles.