Dot Bharat domain to roll out on August 21 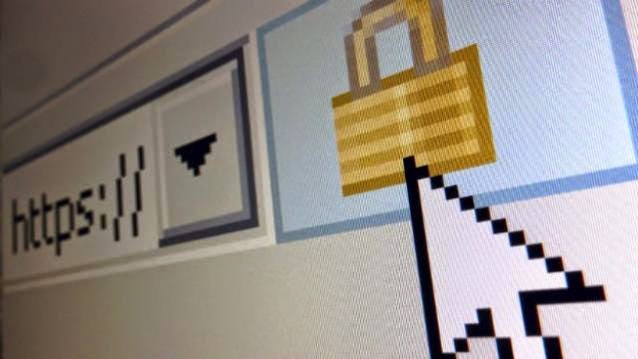 Web addresses are set to get multilingual in India. Soon you will be able to type in addresses in a web browser in the Devnagri script – with “dot bharat” standing in for the currently common “dot in” domain to begin with. The roll-out of the same begins on August 21.

In the 90-day “sunrise period” of the roll-out those with registered trademarks will be able to register domain names in languages that use the Devnagri script, such as Hindi, Marathi, Boro, Dogri etc. After the sunrise period, it will be thrown open to regular users of the internet.

The National Internet Exchange of India (NIXI), an autonomous non-profit organisation, is responsible for peering of ISPs and routing the domestic traffic within the country. The NIXI and the government’s Centre for Development of Advanced Computing (C-DAC) have worked on enabling this country code top level domain (ccTLD) of dot bharat. They say more such domains in different scripts and languages will eventually follow.

Currently, one can find content in various languages online. However, the URLs or web addresses are in English. With this rollout, even URLs would be in Hindi or Marathi. “Once the sunrise period runs smoothly, we will introduce other languages in other scripts such as Bengali, Punjabi, Kannada, Telugu etc. There is no timeline set for it yet, but we hope there will be enough pressure with the adoption of the Devnagri domains to implement it soon,” says Mahesh Kulkarni, program coordinator at the C-DAC, heading the language technology group.

A few government websites too will be a part of the launch next week by the union minister of communications and information technology, Ravi Shankar Prasad. “For example, the pmindia dot gov dot in will be pradhanmantri dot sarkar dot bharat,” says Dr Govind, CEO of NIXI.

While some quarters have welcomed the introduction of the new domain, others are doubtful of its success given the low internet penetration and low literacy rate in the country. A June 2014 report from research firm eMarketer, India had the third largest online user-base globally after China and the US but had the lowest internet penetration growth in Asia Pacific at 17.4%. Osama Manzar, who heads the Digital Empowerment Foundation, suggests getting more people and public institutions online rolling out local language domain names.

“This is not a bad move, but I doubt and wonder if it will encourage people to buy domain names in Indian languages. Is it in sync with the national digital infrastructure? It is important that the government encourage every department and village panchayat to get online with a website along with this,” says Manzar.

Sahitya Akademi-winning Hindi writer Uday Prakash finds the Devnagri domain a welcome move, but stresses on the importance of making quality content in regional languages available online. “It’s a good step and will help those who are not comfortable with English. However, the problem remains that most of the content online is in English. If I search for Robin Williams in English, I will find hundreds of webpages. But if I google the same name in Devnagri, I’ll hardly find anything,” says Prakash.

On the other hand, there is also the view that the move towards a multilingual web need not follow a set path. “If a poor person buys a mobile phone before he build a toilet, who are we to judge? It is a market phenomenon. Like a jigsaw, some pieces of the puzzle may be worked out in advance. There are things like Indic input keyboards, text to speech and speech to text that need to be in place before an Indic language speaker can have the same experience as an English language user of the internet,” says Sunil Abraham, executive director of Bangalore-based research organization Center for Internet and Society.

In October 2013, the Internet Corporation for Assigned Names and Numbers (ICANN) delegated generic top level domains in Arabic, Chinese and Cyrillic scripts. This was under the Internationalized Domain Name (IDN) fast track process of the ICANN, which began in 2009, inviting requests from countries for territory names in scripts other than Latin. Meanwhile domestically, the union government has made a push for the use of local languages.