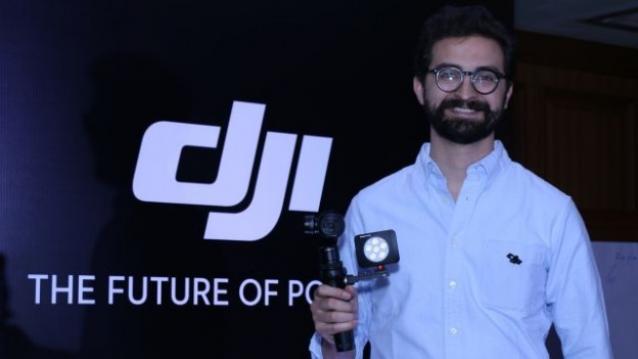 Drone specialists, DJI have launched their newest product the DJI Osmo for the Indian market. The 3-axis, fully stabilised handheld camera offers professional grade photo and video and will be available in ten major cities for a price tag of Rs 69,999.

While DJI specialises in making drones (Phantom series) and related camera equipment (Zenmuse series), the company wanted to build a tool that offered fully stabilized video for both consumers and professionals.

The DJI Osmo lets you do just that by offering a 3 axis stabilisation system that offers stable video and photo by cancelling your movements. Earlier DJI had introduced a bigger offering called the Ronin that offered the same functionality, but was clearly built for professionals allowing users to mount anything from heavy DSLRs to RED cameras. 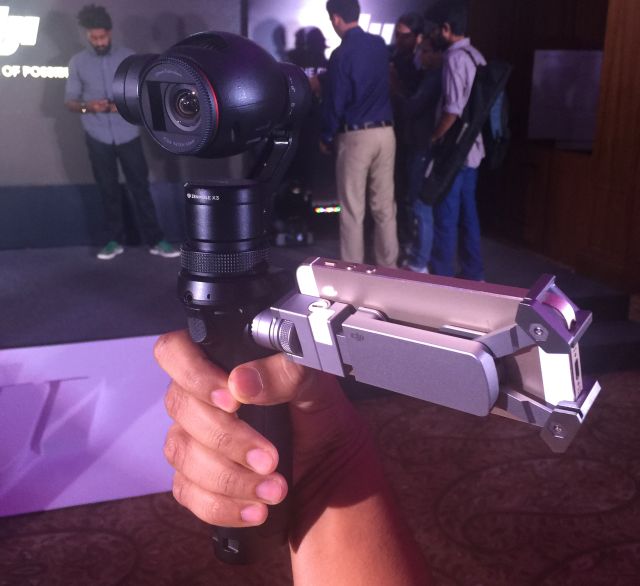 The DJI Osmo weighs in at 221 grams and packs in a 980 mAh battery which according to DJI offers 60 minutes of video recording. The device uses a smartphone (Android or iOS) as a viewfinder but communicates with the DJI Go app via Wi-Fi. Also included is a micro SD card slot with support for cards of up to 64 GB in capacity. Enthusiasts and professionals can also utilise the 3.5 mm jack and DJI will even let you plug in a professional microphone if needed. 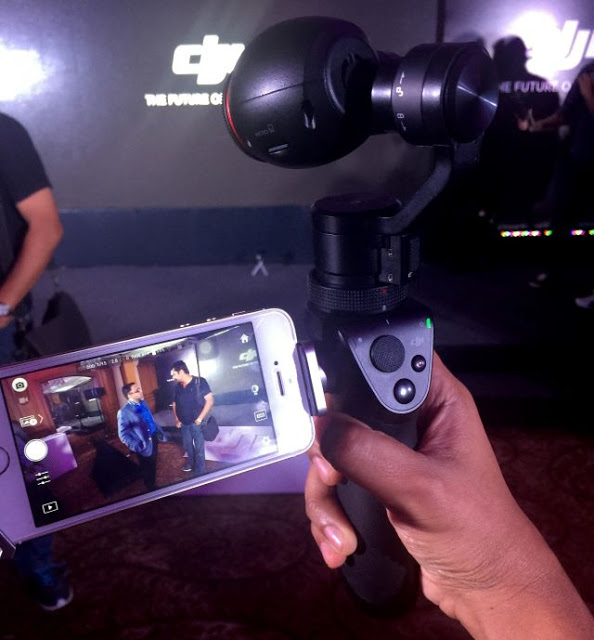 The standard DJI Osmo offers a 4K, 12-megapixel camera with a 1/2.3-inch sensor and a 94-degree field-of-view lens. Intelligent controls are built into the handle and allow you to control everything from panning to keeping the camera locked on to a scene. The Osmo, according to DJI, is capable of pulling off sharp 2-second long handheld exposures for photography enthusiasts without the need for a tripod. Other neat features include an auto panorama mode that automatically stitches together a panorama when held up high. All the users has to do is tap the shutter button on the handle and the Osmo swivels to click 3 high-resolution images for stitching. The camera can also capture slow motion shots at 120 frames-per-second (fps) up to 1080p.

DJI will sell the Osmo both separately (handle alone) or with the standard Zenmuse X3 fitment that starts from Rs 69,999 in 10 metro cities including Mumbai, New Delhi, Bangalore, Chennai and will also ship the Osmo anywhere in India through DJI’s authorised distributor, SSTPL.