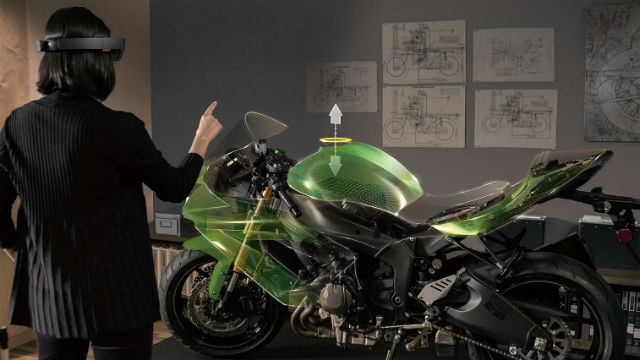 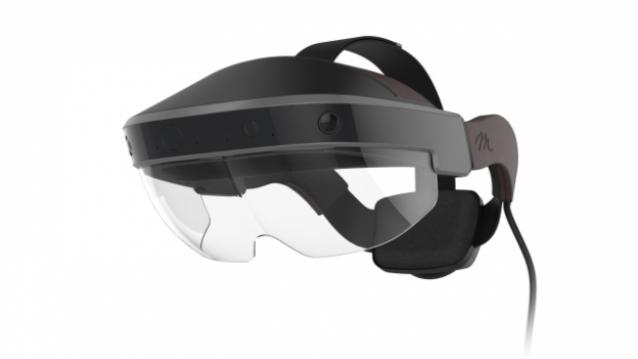 Augmented reality (AR) has been around for a while now, but it is still in the very nascent stage. Microsoft’s HoloLens has been one of the most popular tools which has demonstrated the true potential of AR and mixed reality. Virtual reality is beginning to emerge in mainstream conversations over the last couple of years thanks to a proliferation in VR headsets being released at different price segments.

Now while VR is well understood, there is still some confusion over the definition and utility of AR among a lot of people. AR as the name implies, augments or adds layers to the existing reality around us. Microsoft isn’t the only player making AR headsets though. There’s another company. It’s called Meta.

At the recently concluded TEDx Gateway event in Mumbai, Florian Radke, who is the senior director of marketing at Meta, spoke to tech2 about the future of AR and its importance in our daily life. Radke specialises in brand storytelling, and has worked with names such as Nike, MTV, Warner Music along with non-profits such as PETA. According to Radke, AR is set to make a major leap forward in 2017. We picked his brain on many other aspects of augmented reality.

The state of AR right now
AR is expected to reach two markets – apps developers and early adopters in the office space – according to Radke. And by the end of 2017, sophisticated second-generation AR hardware technology will be increasingly present in the market place, specially for companies that need enhanced productivity. Some of the early adopter industries include manufacturing, design, healthcare, pharma, automotive, aerospace, warehousing and distribution among others.

“However, these are just the first round of industry segments that will see a major impact from AR technology. The best AR applications – the ones that will ultimately make the most positive impact on business, commerce and society – have yet to be conceived,” said Radke.

In 2016, if there was one app that really got the conversation around AR going, then it has got to be Pokemon Go. The game which is yet to officially release in India, was quite a rage earlier this year in August. It uses AR at a basic level to show you Pokemons or Pokestops as you turn on the camera in the app. According to Radke, Pokemon Go is a primitive first-gen use of AR technology, one that barely scratched the surface of AR’s true potential.

“Pokemon Go is a game, while serious, second-generation AR technology is nothing short of a game changer. It will change forever the way many businesses are conducted,” said Radke.

What does Meta bring to the table?
When you talk about Meta, you also hear a lot about this term called NeuroInterface. According to Radke, “Meta’s technology is based on scientific NeuroInterface principles that will create a new kind of operating system that we call the “natural machine”: an OS that works the way the brain works. This will have a tremendous positive impact on the productivity of knowledge workers, by enhancing their ability to create, collaborate and communicate.”


Meron Gribetz, the founder of Meta, had undertaken a dual course of study – computer science as well as brain science. “It was while working on his dual doctorates that he conceived of the idea of an AR technology that was based around NeuroInterface principles, allowing him to create a “natural machine,” one that works the way the brain works. This allows new users to intuitively learn how to master AR technology with little or no learning curve,” says Radke.

At first glance, the Meta does look like a smaller version of the Holo Lens. But to be honest with the focus of AR being on staying connected with the real world, the transparent lenses aspect will be common for all AR headsets. Elaborating on the design aspect, Radke said that including a natural field of vision and a sophisticated hand-motion sensing technology are the two key aspects of Meta’s design.

“In the case of Meta, the broad field of view allows users to see as they do every day, such as making eye contact with others, even while using their hands to manipulate digital images superimposed upon the real world,” says Radke.

Speaking about the comparison with Microsoft’s HoloLens, Radke says that Meta is different in the sense that it works on the principles of NeuroInterface which makes is a product which will work like a human brain would. Its working is based on brain science. 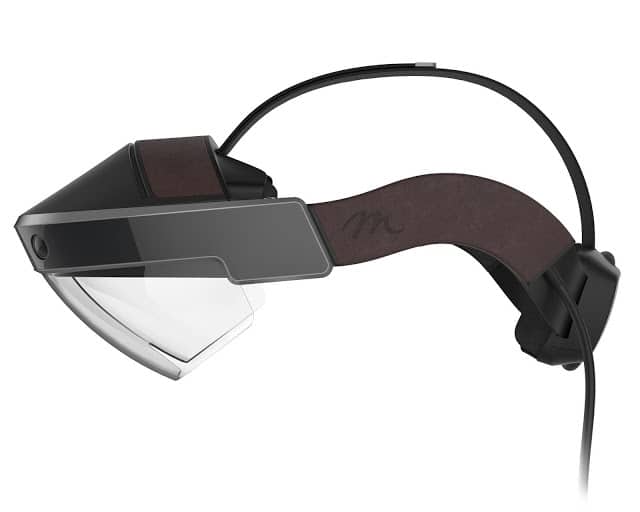 “This, of course, depends on how you define “the future.” All three technologies will have their place. VR will find utility in training and in gaming/entertainment; however, because it is a totally immersive experience, users are out-of-touch with the real world, limiting its functionality. AR, because it links the digital and analog worlds, will have far greater applicability. This is especially true for Meta, because the technology is grounded in how the human brain works, making adoption simple and “painless” for users, without a difficult or challenging learning curve. As for MR, or “mixed reality,” this is – we believe – essentially a “different way” of describing Augmented Reality. In the real world, as these technologies evolve, “MR” will be seen as a sub-set of “AR,” rather than as a “third way,” explained Radke.

Another aspect pertaining to AR headsets at the moment is their tethered nature and non-portability. Radke says that getting AR headsets to the level of portable sunglasses would require lot of technological breakthroughs. “These include both a truly powerful, truly portable computer and a lightweight power source that will have a long charge-life. These breakthroughs will happen – probably sooner than anyone now suspects – but as with all breakthroughs, we can’t know for sure until it actually happens,” he says.
In terms of security, since Meta is tethered to your computer, the end-user’s security is addressed by the protections such as firewalls, security suites built into the computer.

Meta AR headset is available for both app developers as well as early adopters. According to Radke, Meta is looking at businesses which intend to create their own internal applications to take advantage of Meta AR’s ability to help knowledge workers to create, collaborate and communicate. India is one of its key markets. It is available for pre-order at $949.