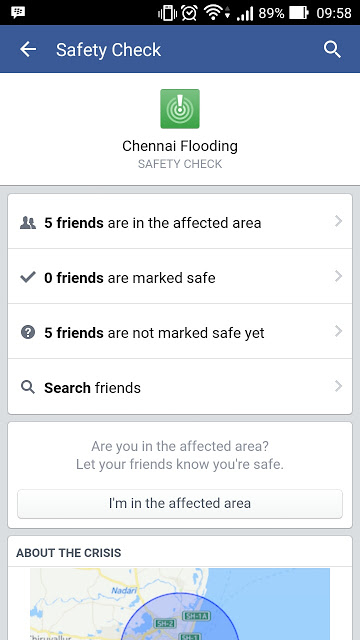 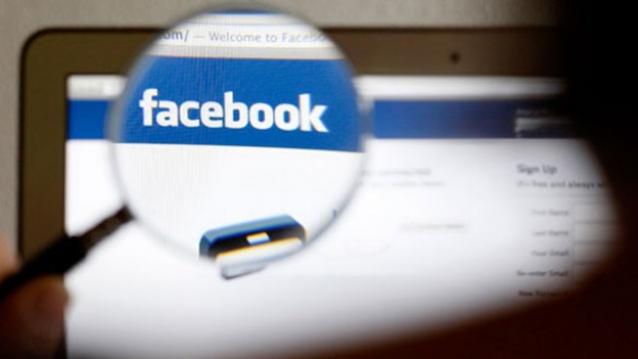 Heavy rain has caused severe flooding in Chennai and surrounding areas and the rain is expected to continue for several more days. For residents of Chennai, Facebook has activated the Safety Check tool to let family and friends know you are safe. If you’re in Chennai and want to mark yourself or your friends safe by using the tool, you can click here.

Safety Check was originally launched in October 2014 and was first activated during the Nepal earthquake in April. According to the company, people already use Facebook to tell people they are OK after earthquakes and other disasters. But, Facebook says the Safety Check tool will make it easier. It grew out of a disaster message board that Facebook engineers created in 2011 following the earthquake and tsunami in Japan.

Google was not shy about helping out either. The search giant quickly compiled a Crisis Response page, tagged as ‘South India Flooding’, that brings all the information needed both for those who need help and those who want to help out; on on single page that gets updated from time to time. 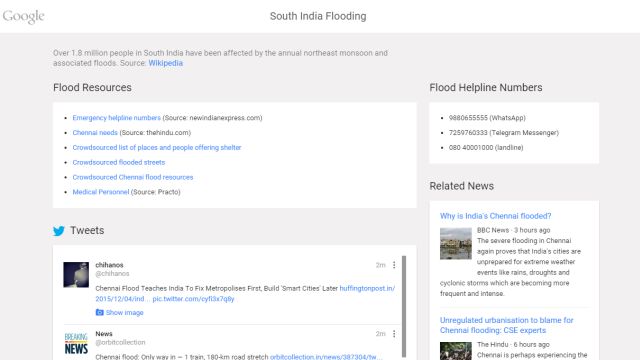 The page is really helpful for those who are stranded online and helps compile everything (from tweets to news and emergency numbers and other details) in one place and can be accessed on mobile devices.

As for the Facebook’s Safety Check tool, once activated the tool will determine their location using the city they have listed in their profile, the last location they’ve shared or the city where they are using the data connection from. If they are in an area affected by a natural disaster, Safety Check will automatically send them a notification asking if they’re safe.

If they say yes, their Facebook friends will be notified. There’s no option to say no. Users can also mark their friends as safe, but the friends have to approve it.

Tamil Nadu’s worst and most relentless rainstorm in a 100 years is showing no signs of letting up.
Life in capital Chennai ground to a complete halt as a fresh wave of rain lashed the city where 15 teams of the National Disaster Response Force have arrived. Industry lobbies are putting a Rs.15,000 crore figure on the expected financial loss as weather forecasting agencies predict heavy rain to continue for at least the next two days.