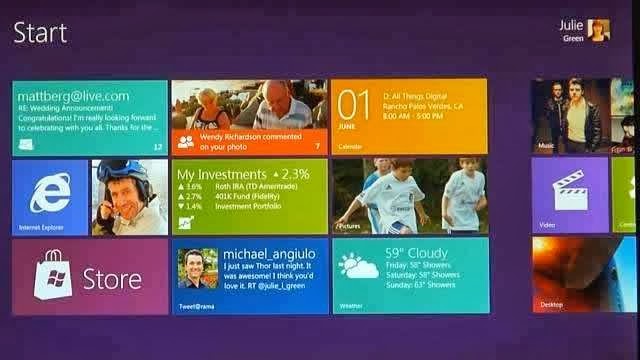 It’s no secret that PC sales have been sliding down a slippery slope. After its attempt to lure users with Windows 8 tablets and hybrids, Intel now plans to start on a newer ground by introducing computers that run both Windows and Android.

According to a report by TheVerge, industry insiders have revealed that the chipmaker is working with PC manufacturers on a number of new devices that run both Android and Windows. The system is internally known as “Dual OS”. Intel says that Android would run inside of Windows thanks to virtualization software. This would allow Windows and Android apps side-by-side without the need to reboot the machine or a switch.

Space for both Windows and Android…

This isn’t the first time that we are hearing about a device that runs both OSes. Last year Samsung had introduced the Ativ Q – Windows 8 hybrid laptop – that allowed running Android by simply tapping on an app. Intel isn’t the only company that plans to show off such Dual OS devices. Asus is also known to be building a new tablet that can run both Windows and Android OSes.

Intel has been already working at porting and optimizing Android for its x86 processors. It is also designing the Bay Trail tablet chip to work well with both OSes. However, reportedly Google and Microsoft aren’t really happy with this arrangement. “They each have their sensitivities to this,” a source told the site.

Patrick Moorhead, principal analyst at Moor Insights and Strategy, said, “Microsoft does not want this to happen. This sends the wrong message to Windows developers.” On the other hand, Google could also stop access to Google Play Store and its other proprietary services, which could lead to the same paucity of apps that’s currently plaguing Windows.