As Windows XP enters last days, ATMs scramble to get with the times 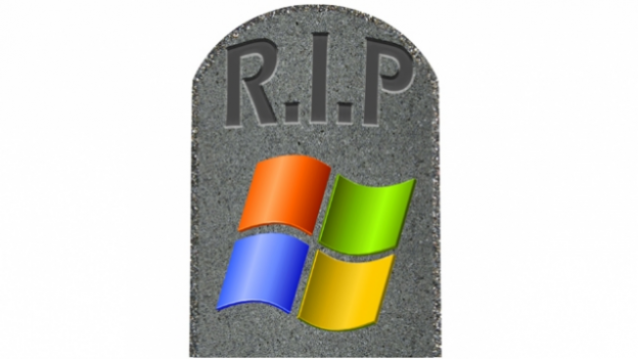 With under four months to go before Microsoft ends support for Windows XP, a lot of businesses will be scrambling to upgrade systems to avoid crucial productivity loss and to protect against security vulnerability.

Most alarmingly though, Windows XP powers most of the world’s ATM machines, which puts your friendly neighbourhood cash machine in grave danger of being used by hackers to steal financial data. Businessweek reports that  420,000 ATMs in the US run Windows XP and on April 8, when Microsoft cuts off tech support for XP, these will not any receive further updates or security fixes from Redmond, unless they agree to Microsoft’s life-extension support.

As we reported last November, in India too a majority of public sector banks use XP for their ATM machines and Microsoft said over 34,000 banks were in grave danger. Amrish Goyal, General Manager of Windows Business Group, said at the time that 50 percent of the Indian banking sector was still on Windows XP in November. The size of the commercial PC market was estimated at 20 million for that period, which means a significant number of systems were at risk then and presumably continue to be. If the banks do not upgrade by the April deadline, they will face issues ranging from security breaches to increased downtime and out-of-service situations.

In the US, the situation does not seem any better. Aravinda Korala, CEO of ATM software provider KAL, said only 15 percent of ATMs will be ready to shift to Windows 7 or a newer OS by the April deadline. “The ATM world is not really ready, and that’s not unusual,” he says. “ATMs move more slowly than PCs.” While ATMs seem to be everywhere, their total number—an estimated 3 million worldwide, according to consulting firm Retail Banking Research—isn’t very many compared with the global base of Windows users.

Microsoft is selling life-extensions for Windows XP, though there’s no telling how much costs will increase as time progresses. Korala says by 2015 businesses could be paying as much as 5 times more for the same life-extension than this year. But businesses are still taking their time to decide exactly how to upgrade machines. Now that they have been forced to move up the software ladder, there will be other changes for future-proofing and for considerations of inter-bank compatibility too. So it’s not just a matter of installing a new version of Windows.

What’s most worrisome is that banks in a decline may just choose to put off the upgrade till more thriving times. ATMs which run Windows XP will continue to operate past deadline, but with few-to-no fixes, they are at a great risk, Dean Stewart, executive at Diebold, an ATM maker, told the magazine. “It’s a very real risk,” he added. “No ATM operator wants to get his name in the paper.”

But ATM industry players, while being cautious, aren’t hitting the panic button just yet. With constant changes in security mechanism for credit and debit cards, new chip-based cards, and higher encryption standard constantly being thrown at it, the industry is used to being forced to change and usually responds as quickly as technologically possible. But this time around, the deadline may just be flying too fast at them.