TechFoogle
HomeNewsAppleApple Watch Series 8 might include a Body Temperature Sensor: According to...

Apple Watch Series 8 might include a Body Temperature Sensor: According to Kuo 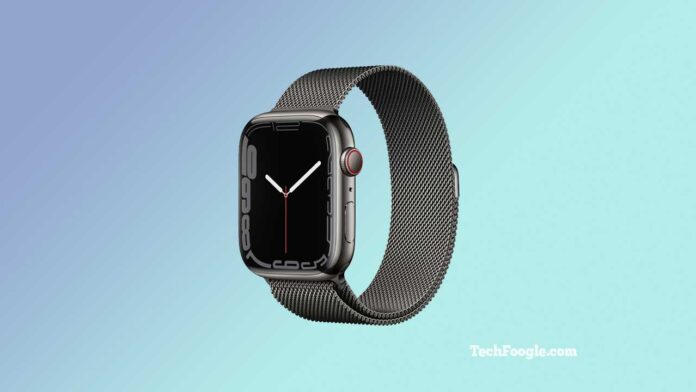 Apple Watch Series 8: This year, Apple is likely to release the eighth edition of its Apple Watch, in addition to the iPhone 14 series and a slew of Macs. As is customary with Apple goods, rumours and rumours have begun to circulate. We read a rumour late last month claiming that the forthcoming Apple Watch series will include a satellite connection. We now have evidence that the Apple Watch 8 will have a body temperature sensor. The following are the specifics.

The New Apple Watch May Capture Your Body Temperature

Apple Watch Series 8: Ming-Chi Kuo, a reputable Apple analyst, recently took to Twitter to give intriguing speculation regarding the future Apple Watch 8. Apple shelved the body temperature sensor function for the Apple Watch 7 last year owing to a flawed algorithm, according to a three-part tweet from Kuo. However, it may be included in this year’s Apple Watch series. You can see the initial tweet right here.

According to Kuo, Apple abandoned the body temperature sensor function last year because the algorithm associated with it failed to meet the rigorous requirements of the company’s testing techniques before the Apple Watch 7’s EVT stage. However, if the algorithm meets the company’s stringent standards before the Apple Watch 8 goes into mass production, the subsequent versions will include the same capability.

Companies, according to Kuo, have found it difficult to integrate a body temperature sensor into their smart wearables. The reason behind this is that a person’s body temperature varies greatly depending on the ambient temperature. So, for the feature to operate effectively, Apple will need to update the software algorithm that detects and tracks the often changing body temperature while saving battery life.

“A smartwatch can’t support core temperature measurement in terms of hardware, so it needs an excellent algorithm to work together,” In a recent tweet, Kuo remarked.

Furthermore, Kuo stated that, in addition to Apple, Samsung is facing a similar difficulty with its forthcoming Galaxy Watch 5 series. As a result, in contrast to a prior report, Kuo stated that owing to algorithm restrictions, Samsung will not incorporate the body temperature measuring capability in its future wristwatch.

Aside from that, the next Apple Watch 8 is rumoured to offer blood pressure and glucose monitoring. However, whether or not it is executed remains to be seen.