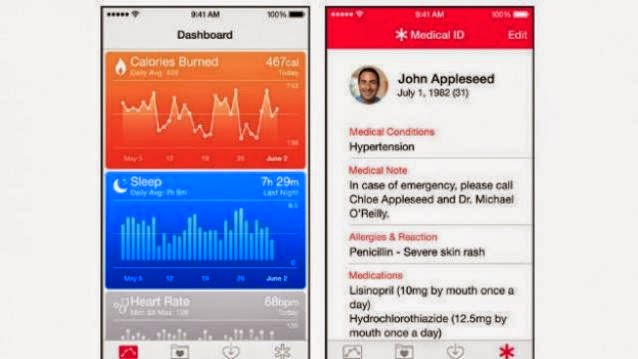 HealthKit app already has a bug.

Apple’s iOS 8 is out and yes you will need a lot of space for that. But if you thought that once the update was done and you’ll be able to test out all the features on a brand new OS which includes the HealthKit app hold your horses.

A bug has already been reported on the HealthKit app, even before the release has been downloaded by all users. According to a tweet by Financial Times‘, Apple has confirmed the bug and says the update will take until the end of the month. Way to screw up something that everyone was looking forward to testing.

Apple confirms HealthKit “bug”, will fix in software update to “have HealthKit apps available by the end of the month”, a spokesperson says
— Tim Bradshaw (@tim) September 17, 2014

And it gets worse. According to a report on The Verge, Apple is preventing some other apps from using HealthKit and “has been contacting developers throughout the day to tell them about the situation, having actually had to pull some apps.”

HealthKit was touted as one of the biggest new features in iOS 8. Essentially this is Apple’s comprehensive health-tracking app that can pull in data from third-party apps and accessories. It can be accessed by healthcare professionals as well.

With HealthKit, your iPhone/iPad can keep a tab on your important health metrics on a daily basis, and over a longer period. Nike is among the first companies to partner with Apple for HealthKit. Apple’s tie-ups with other institutions will allow medical professionals to receive and transmit data from your checkups to the cloud for syncing. Apple claims to have deep privacy protections in place to store these sensitive records safely.

Now it would seem that Apple’s big leap into the Health and Fitness app business has been a bust, well at least for now. But as The Verge report notes that since this is a backend service that allows fitness apps to share information, most users won’t realise that it’s not yet working. Still it’s never an iOS 8 launch without at least one bug coming to light.