TechFoogle
HomeNewsAppleApple Face ID May Now Be Repaired Without Having to Replace The... 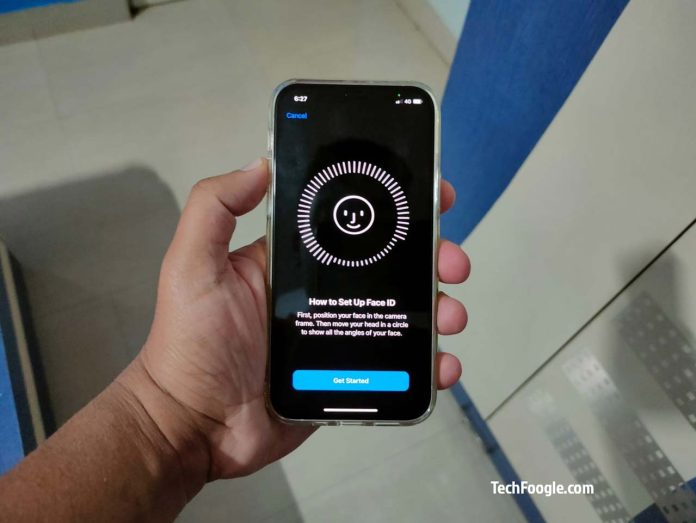 Almost four years after introducing the Face ID-enhanced notch with the iPhone X, Apple has finally devised a method for Apple-authorized technicians to fix Face ID without replacing the whole iPhone. According to MacRumors, this change was communicated to Apple staff via a new internal memo.

According to reports, Apple will begin distributing a new TrueDepth Camera service part for Face ID repairs to Apple Stores and Authorized Service Providers. This item will include all of the Face ID and front camera components, allowing technicians to do same-unit repairs.

This, in turn, eliminates the need to replace the complete iPhone, as is now the case. As a result, in addition to saving professionals the inconvenience of a whole-part repair, Apple’s carbon impact will be reduced. It will be an additional step in the company’s “commitment to reduce the carbon footprint of its products.“

This announcement comes after Apple recently opened the door to Self-Service Repairs, allowing people to fix their iPhones at home. This initiative provides genuine Apple parts and tools to people so they can repair their iPhones at home instead of relying on third-party service providers. This programme is presently available for the iPhone 12 and 13 series, but it is likely to be expanded to include further Apple devices in the future.

Users will save time setting up their iPhones and will not have to worry about losing data as a result of this. Another benefit is that the cost of repairing the Face ID will be cheaper than the cost of replacing the entire device, allowing consumers to save money.

This revelation comes after Apple recently announced that Self-Service Repairs are now available, allowing people to fix their iPhones at home. This project gives authentic Apple parts and equipment to users so they may repair their iPhones at home instead of depending on third-party service providers. This programme is now only available for the iPhone 12 and 13 series, but it is likely to be expanded to include additional Apple devices in the future.

Returning to the most recent repair improvement, there is no information on when technicians will be able to begin the process of replacing only the Face ID component. Furthermore, there is no news about its cost. The technicians will be given the documentation and training materials at a later period. What are your opinions on the matter? Please share your thoughts in the comments section below!