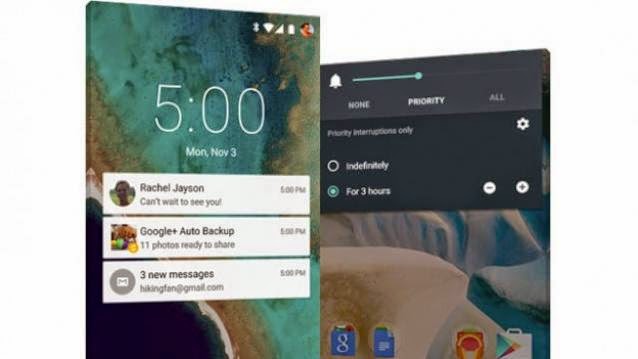 Launched along with the Nexus 6 smartphone and the Nexus 9 tablet, Android users have been eagerly waiting for the 5.0 Lollipop update, which promises a complete overhaul in the design and features in Android devices.


The roll out began earlier than scheduled, with Google deciding to push forward the launch to yesterday.
While the latest Nexus devices will ship with Android 5.0, other ‘stock’ Android devices including Google’s Nexus devices were expected to be among the first ones to receive the update.

However the rollout of the OS was halted, after some users complained that it was draining battery life on their devices.

Android Police had earlier pointed out that the Android L Developer Preview version caused adverse affects on the device’s battery life. In the official Android Developer Forum, which includes over 200 members, developers complained that the battery drains quickly after the update. The battery usage app would show ‘Miscellaneous’ dominate battery usage, so there’s no particular app to blame.

Some also pointed out that their devices get very hot and the phone gives no details what exactly causes the device to heat up and drain the battery. The same issue was also seen on the Nexus 7 and Nexus 10 tablets.


However, the latest post on the forum says that the issue has been resolved, which means Nexus devices should receive the update soon.

One of the commentators had said, “There’s definitely at least one major new drain, as my battery is being drained significantly faster than on KitKat. I have tested with WiFi on and off, and it doesn’t seem to affect the rate the battery is drained very much; both still consistently yield Miscellaneous being the primary drain with it consuming 40-50% of the battery. My WiFi is encrypted with WPA2-Personal.

“Miscellaneous” is draining much more power than the screen is, even when the screen is on the entire time.” Another person said that the battery life on his Nexus 5 had taken a beating by conking out in three to four hours.

Android Project members were quick to act, who began investigating the root cause of the issue. A senoir developer Trevor Johns confirmed the issue in a comment that said, ” Android Engineering is aware of an issue affecting Nexus 5 users running Android 5.0 which causes significant “Miscellaneous” battery usage while WiFi is enabled. This appears to be caused by an abnormally high number of IRQ wakeup events. We are continuing to investigate this issue.”

The issue was resolved a day later, with the same Project Member Trevor Johns saying in a comment: “This issue has been fixed in the latest builds, and this issue is now considered resolved. Thanks everyone.”