Android 4.4 KitKat: Which Phones Will Get Updates? 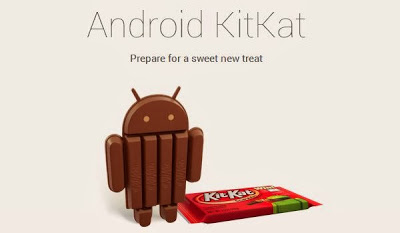 Last month, on Halloween no less, Google announced the Android 4.4 KitKat update, an update that has replaced the Android 4.3 Jelly Bean update as the company’s most current piece of software. Android 4.4 KitKat is currently trickling out to Nexus users and will be heading to many other devices down the road. Here, we take a look at which devices will, and won’t, be getting the KitKat update in the future.
For most of 2013, we had heard about an Android 5.0 Key Lime Pie update that was supposedly going to be coming to replace Android 4.2 Jelly Bean as Google’s mobile operating system for phones and tablets. Originally, the update was rumored for Google I/O though Google failed to produce anything there. A few weeks later, the company did announce an update though it was Android 4.3 Jelly Bean and not Key Lime Pie.

That announcement shifted focus to the end of the year and a likely Nexus smartphone announcement. Nexus smartphones always debut with new software so many believed that the Key Lime Pie update would arrive with the Nexus 5. It did. Sort of. Instead of announcing Android 5.0 Key Lime Pie, Google announced Android 4.4 KitKat, an update that was launched in partnership with Nestle, the marker of KitKat bars. And while the update was called KitKat, it originally was supposed to be Key Lime Pie.
The update wasn’t the overhaul that some had expected. Instead, Android 4.4 KitKat is an update that builds on the foundation left behind by Android Jelly Bean, widely considered to be Google’s best Android software to date.
With Android 4.4 KitKat features now out in the open, consumer attention has now shifted to whether a device will be getting the Android 4.4 KitKat update or not and if so, when. Fortunately, we’ve seen a ton of details emerge in recent days. Below is a list of devices that either have confirmed Android 4.4 KitKat updates or have information out that suggests that they will get upgraded to Android 4.4.

The Nexus 4 Android 4.4 KitKat update has been confirmed by Google and while the roll out hasn’t taken place just yet, we think that the OTA roll out is extremely close. Yesterday, Google posted the factory image and binaries for the Nexus 4 update, something that is as good as releasing the software to the public. In fact, those with the kn0w-how can install the software today if they’d like.
We expect the OTA roll out to begin shortly and there is virtually zero chance that the software will roll out after the month of November ends. Users can expect it very, very soon.

Earlier this week, Google started pushing out the Nexus 7 Android 4.4 KitKat update to owners of the 2012 and 2013 Wi-Fi models. Those roll outs will take some time but they should be completed by the middle of next week. Google typically takes about a week to roll out major Android updates.
The company did not, however, roll out the updates to the HSPA+ and LTE variants of the Nexus 7, instead, choosing to roll those out at a later, undetermined date. Like the Nexus 4 update, we know that they will roll out soon. Both updates saw their factory images posted yesterday, a sign that OTA updates are going to be rolling out in the near future.

The Nexus 10 Android 4.4 KitKat update is rolling out right now and it should reach owners of the 10-inch tablet by the middle of next week, again, assuming it takes Google a week to roll out the software. The Nexus 10 isn’t as widely adopted and could potentially see its KitKat update roll out end far sooner than the Nexus 7′s.

The HTC One will be getting the Android 4.4 KitKat update. HTC came right out of the gate and confirmed the update for the United States and elsewhere, saying that the U.S. carriers would roll out the software within 90 days of the announcement. That gives HTC until the end of January 29th to roll out the software to its users and according to HTC USA, the update is currently on track.
As for other regions, HTC UK says that it will begin rolling out the update in late January and we’ve seen French carrier SFR confirm the update for January as well. Interestingly, it looks like HTC may surprise users with a roll out before Christmas. At this point, we expect that update to be for the international variant, if it happens, with carrier locked models getting it in January.

Remember, the U.S. is always a little behind the curve. A special bonus for HTC One owners in the United States is the fact that the update will be bringing Sense 5.5, something that should make it worth the wait.

HTC also confirmed that it would be updating the HTC One Developer Edition within 30 days. That means that the software upgrade should come within the month of November. At the very worst, we could see HTC pushing the update out in December. Point is, this upgrade is coming and it should be coming relatively soon to users.

The first HTC-branded phone to get Android 4.4 KitKat will likely be the HTC One Google Play Edition which HTC promised would see the upgrade within 15 days of the announcement. Today is November 15th and we still haven’t seen anything but we imagine that a roll out for this device is close. Perhaps it will roll out later today, perhaps tomorrow, perhaps next week, but HTC One Google Play owners shouldn’t be worried.

HTC has confirmed that the HTC One mini Android 4.4 KitKat update will be rolling out after the HTC One gets its upgrade. That means that we’re looking at a roll out that will likely emerge sometime in early 2014.

Owners of the HTC One Max, HTC’s massive version of the HTC One, will also be getting the Android 4.4 KitKat update and we expect them, like HTC One mini owners, to get the software upgrade sometime after the HTC One gets its upgrade. HTC has been working extremely fast to gets its software to its customers so we expect a release in early 2014.

Droid DNA owners are still looking for Android 4.2 and Android 4.3 Jelly Bean but that hasn’t stopped HTC from making a bold promise. According to HTC President Jason Mackenzie, the Droid DNA will be getting the upgrade to Android 4.4 KitKat down the road. Mackenzie stopped short of confirming a release window or any other details, but the fact that he thinks that it will get Android 4.4 is a good sign.

Of course, we’ve already seen HTC drop the ball with the promised Android 4.3 upgrade, but Android 4.4 KitKat should be a nice consolation prize for those that have had to endure a lengthy wait for a major Android upgrade.

Google-owned Motorola surprisingly came out of the gates with a ton of information for its users. It confirmed four Android 4.4 KitKat updates for arrival including one for the Moto X, its flagship smartphone and one that exists across all five major carriers in the United States. The company initially did not provide a time frame but more recently, it said that the software update was just weeks away.
In fact, it’s possible that it’s much closer than that. Soak test invites for a mysterious Moto X update have been sent out and it could be that these soak test invites pertain to the Android 4.4 KitKat update. At the very least, the update is confirmed and it should be heading to users in the near future, including those on U.S. carriers AT&T, Sprint, T-Mobile, U.S. Cellular and Verizon.

Motorola confirmed updates for its new Droid lineup of smartphones as well. The Motorola Droid Ultra, Droid Maxx and Droid Mini will all be getting the upgrade to Android 4.4 KitKat at some point, it’s just a matter of when. We assume that Motorola will confirm the timing in the days and weeks ahead though we fully expect the Moto X deployment to complete before it sets its eyes on these devices.
Simply put, the Moto X is the flagship and most widely adopted Motorola device at the moment and Motorola’s focus surely is going to be on the Moto X as we head into the holidays. And who said that the relationship with Google wouldn’t pay off?

Samsung, the largest Android manufacturer in the world, remains quiet about its Android 4.4 KitKat plans. However, we’re just go ahead and confirm a couple of updates for its users on our own. We haven’t seen anything about the Samsung Galaxy S4 Android 4.4 KitKat update yet but there is simply no chance that this device misses KitKat. We’re talking zero percent chance here.
The Galaxy S4 is a flagship smartphone, one of the most popular on the market and it’s a device that isn’t even a year old yet. Android 4.4 KitKat is a no-brainer so now, it’s just a matter of when.
We think that the update will roll out after the Galaxy S5 arrives. Samsung is still in the process of getting Android 4.3 out and it typically holds major updates until after its new flagships arrive. Rumors suggest a launch in early 2014 so it could be that the Galaxy S4 gets its Android 4.4 KitKat update in the early portion of next year.

The Samsung Galaxy Note 3 is newer than the Galaxy S4 and it launched with Android 4.3 Jelly Bean on board. So unless Samsung has plans to never release a major Android update for the Galaxy Note 3, Android 4.4 KitKat is going to be in its future. As we’ve suggested, the Galaxy S4 should get the update first, Galaxy S devices are typically first in line, though the Note 3 shouldn’t be too far behind.

This is where it gets tricky. The Samsung Galaxy S3 hasn’t seen its Android 4.4 update confirmed but there is a rumor that suggests that it will be coming to users. We believe it. This is a device that is one of the most popular in the world and we simply don’t Samsung neglected millions of users by keeping it on Android 4.3 Jelly Bean.
We have a good feeling that Android 4.4 KitKat will likely be the last major update for the Galaxy S3, this is a device that is going on two years after all, but we would be shocked if the update didn’t roll out.

Same gut feeling for the Galaxy Note 2, maybe even a little stronger. We’ve seen a rumor but we’ve also seen this device get neglected since it arrived last year with Android 4.1 on board. Samsung is not going to offer just one update for the Galaxy Note 2. It will need to do more to keep its users on board with Samsung devices, so look for it to get upgraded next year.

Sony promises that it would deliver some Android 4.4 KitKat update confirmations and it did just that earlier this month when it announced that the Xperia Z, Xperia ZL, Xperia Z Ultra and Xperia Z1 would be getting the upgrade to Google’s latest and greatest piece of Android software. Problem is, it left out a vital piece of information.
Sony did not say when the updates would roll out, leaving users with a wide open window for the release. Sony isn’t known for being extremely fast to these major Android upgrades so users should start tempering their expectations when it comes to timing. Look for Sony to confirm timing once it gets closer to the roll outs for these four Xperia devices, a list that includes the T-Mobile Xperia Z.