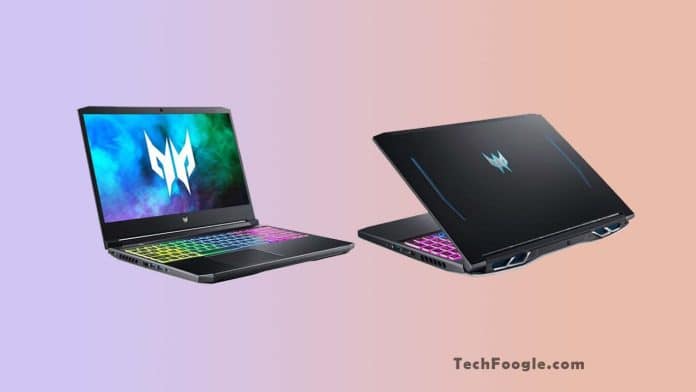 Price and availability of the Acer Predator Helios 300 in India

The Acer Predator Helios 300 gaming laptop comes preloaded with Windows 11 and has a 15.6-inch full-HD IPS (1,920 x 1,080 pixels) LED-backlit TFT LCD display with a peak brightness of 300 nits, 100% sRGB coverage, and up to 3 milliseconds overdrive responsiveness. As previously stated, the display offers a refresh rate of up to 360Hz and has a 16:9 aspect ratio. Customers may also order the laptop with a 15.6-inch QHD display and a refresh rate of 165Hz.

The laptop is powered by an octa-core 11th Gen Intel Core i9-11900H CPU (with a clock speed of up to 4.90 GHz), an Nvidia GeForce RTX 3060 GPU (6GB GDDR6 virtual RAM), and 16GB of DDR4 RAM (upgradable to 32GB using two soDIMM modules). In addition, the laptop supports up to 1TB of PCIe Gen4 NVMe SSD storage. Acer has included Vortex Flow technology in the Acer Predator Helios 300, which employs 5th-Gen AeroBlade 3D fans to boost cooling during extended gaming sessions.

The laptop also has a camera that can record 720p HD audio and video. The Acer Predator Helios 300 comes with two speakers that contribute to a 360-degree surround sound experience with DTS:X Ultra audio.

Bluetooth v5.1, HDMI, a USB Type-C Thunderbolt 4 connector, a USB 3.2 Gen 1 port, and a USB 3.2 Gen 2 port with offline charging support are among the connectivity choices for the Acer Predator Helios 300. For connection, it also has Intel’s Killer Wi-Fi 6 AX 1650i. The touchpad is gesture-enabled, and the backlit keyboard features four zones of RGB illumination.

The Acer Predator Helios 300 is powered by a 4-cell 59Whr lithium-ion battery. The laptop may be charged using its AC adapter. The gaming laptop has dimensions of 22.9x363x255mm and weighs around 2.3 kg.