According to IDC, Samsung still top in India in Q2, but Micromax is catching up quickly 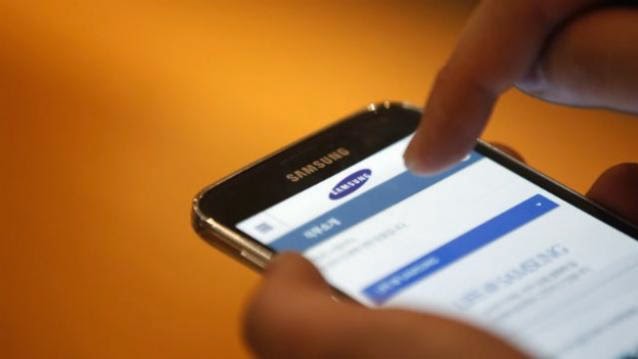 There’s some relief for Samsung, which has been having a rough time in the smartphone market, as far as sales and revenue are concerned.

IDC’s report for India’s mobile market in Q2 is out and according to the numbers, it is Samsung who is leading in the mobile market, not Micromax. Previously, a report by Counterpoint Research had said that Samsung was number two in the overall mobile market in India and that Micromax had taken the lead.

IDC numbers showed that in the overall mobile market, Samsung had a 17 percent share, while Micromax had a 14 percent share, ahead of Nokia which was the previous number two and now has a 10 percent share. Karbonn and Lava are at number four and five respectively and interestingly ‘Others’ occupy 42 percent of the market.

It should be noted that Counterpoint Research had completely different numbers for Samsung and Micromax in the overall mobile market. The research had said Samsung was in second place with a 14 percent share, while Micromax was leading with 16.6 percent.

Samsung had spoken out against the Counterpoint Research and maintained that they were still the leaders in the Indian market. Samsung’s BD Park, President & chief executive for south-west Asia, had said “there’s a ‘business motive behind release of such kind of data”, and said that, “In India, it might be 1-2 percent up or down. Samsung’s market share has doubled over the second place, so what is the meaning of comparing or saying that the gap is narrowing.”

Now it would seem that IDC report should come as a relief for Samsung, but not entirely. It must be noted that each research firm tracks the market using different parameters, looking at channels they have established good contacts in, so numbers tend to vary from company to company, as we have pointed out earlier.

According to  Jaideep Mehta, Vice President and General Manager – South Asia, IDC, “While Samsung has held on to its leadership position in the market, it is noteworthy that Micromax is growing faster…Given the current growth rates, there is a real possibility of seeing vendor positions change in the remaining quarters this year.” The report also notes that among the top five vendors, Micromax (18 percent growth) and Lava (54 percent growth) were the only ones to have outstripped the market growth in the overall mobile business.

According to IDC’s Q2 2014 numbers, India’s smartphone market saw an 84 percent year-on-year growth. The report also notes that 71 percent of the market continues to be on feature phones. The overall India mobile phone market stood at 63.21 million units in Q2 2014, which was a 5 percent increase over Q1 2014, out of which vendors shipped a total of 18.42 million smartphones.

The report notes that the sub-$200 category is gaining in the market and has a total contribution of 81 percent to the smartphone numbers. What this means is that cheaper smartphones are outselling the premium devices. The report added that Phablets (5.5 inch – 6.99 inch screen size) had an overall 5.4 percent of the smartphone segment and more than half of the phablets shipped were in the under-$250 price band and Indian vendors are dominant in this segment.

Where the top five smartphone players are concerned, the list is as follows: Samsung, Micromax, Karbonn, Lava and then Motorola.

Overall it’s evident from the report that what is going to drive the Indian smartphone market is the sub-$200 category. The report also notes Samsung needs to work aggressively on its pricing since Micromax could topple it in the coming quarters. We have already discussed how the company can turn things around by fine-tuning some of its long-held principles, and it’s important that the company does it as quickly as the next quarter to not lose any more of its market share, but it’s going to be a tough few months for the Korean smartphone giant.

It will however be more interesting to see how Q3 and Q4 play out in the Indian mobile and smartphone market with the entry of players like Xiaomi, Oppo, in India. Xiaomi in particularly has managed to set off a new craze around itself. We’ll have to wait and watch on how it reflects in the next couple of quarters.