YU launches YUPIX to print your memories directly from your smartphone 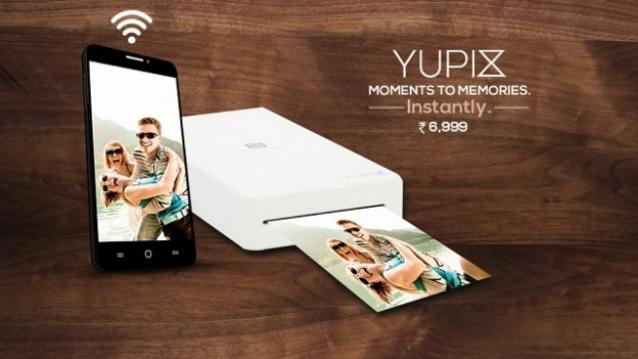 According to YU, the YUPIX prints 2.1 x 3.4 inch sized digital photos at a resolution of 291 dpi in 60 seconds. The printer itself is pocket sized and weighs 273 grams.

After installing the YUPIX app, you can edit and print photographs without a computer. The YUPIX can print edited photos with a resolution of 1280 x 1920 (2.5MP). Images can be transferred via Wi-Fi or an NFC enabled connection and the device is compatible with Android smartphones as well iPhones.

Since the YUPIX uses dye sublimation for printing images, its unique cartridge doesn’t require a cleaning roll. It includes an Ink Ribbon with Photo Paper Integrated into it apart. In addition, it is also water and finger print proof.

The YUPIX will be available on Amazon.in from 7 September for Rs 6,999.

The YUPIX measures 2.99 x 6.01 x 0.94 inch and is powered by a 750 mAh battery. It is interesting to see the introduction of devices such as the YUPIX. Interestingly, Polaroid introduced the Snap at IFA, an instant digital camera that prints images without using ink! It accomplishes the task of printing crystal clear images by using a thermally sensitive paper with ink crystals. It seems the industry sees potential in helping consumers recreate their digital moments in print, the personalised way.