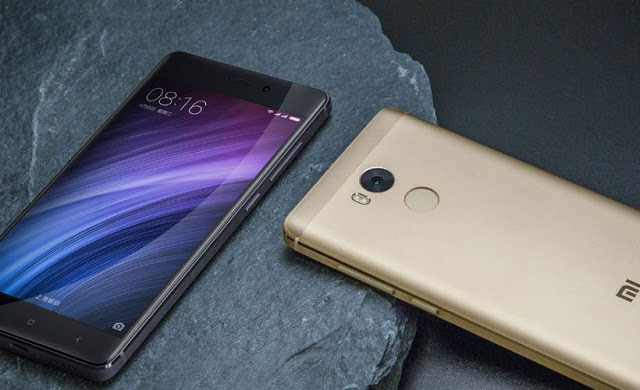 Xiaomi unveiled the Redmi 4, Redmi 4A, and Redmi 4 Prime smartphones at an event in China on Friday. The Xiaomi Redmi 4 series of smartphones is the successor to the hot-selling Xiaomi Redmi 3S line, which was launched in India in August at very competitive prices. We take a look at what’s new and different with Xiaomi’s newly announced Redmi 4 series.

The Xiaomi Redmi 4 is similar to the Redmi 3S as far as the specs are concerned with a slight tweak here and there. The Redmi 4 sports a 5-inch HD (720×1280 pixels) display, and is powered by an octa-core Qualcomm Snapdragon 430 SoC clocked at 1.4GHz with the Adreno 505 GPU and 2GB of RAM. The Redmi 4 sports a 13-megapixel rear camera with an f/2.2 aperture, 5-lens system, PDAF, and dual-LED flash. The front features a 5-megapixel camera with an f/2.2 aperture.

Battery capacity on the Redmi 4 and Redmi 3S are the same at 4100mAh. The Redmi 4, however, is on the heavier side at 156 grams compared to the Redmi 3S which weighs at 144 grams.

The Redmi 4 Prime, on the other hand, has been upgraded to a 5-inch full-HD (1080×1920 pixels) display, and is powered by an octa-core Qualcomm Snapdragon 625 SoC clocked at 2.0 Ghz and coupled with Adreno 506 GPU and 3GB of RAM. The Xiaomi Redmi 4 Prime bears 32GB of inbuilt storage, which is also expandable via microSD card (up to 128GB). The camera modules are similar to the Redmi 4.

The new Xiaomi Redmi 4 and Xiaomi Redmi 4 Prime smartphones do not come with major upgrades to the design language and specs when compared to their Redmi 3S counterparts. With the pricing almost similar as well, Xiaomi has just managed to make the new devices a little faster while maintaining the overall look and feel of the Redmi 3 series, a nod to the adage that if it ain’t broke, don’t fix it.