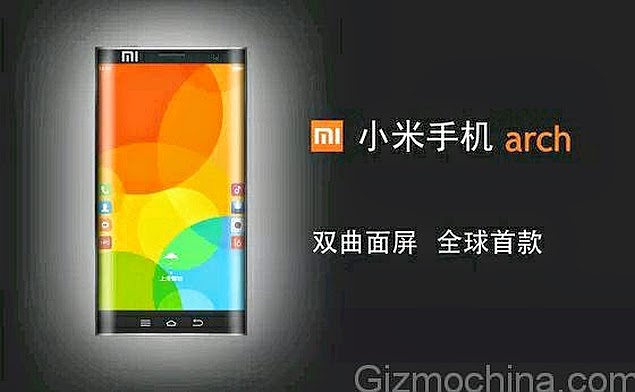 According to GizmoChina on Saturday, a purported poster of the as-yet-unannounced Xiaomi Arch was spotted that called it the world’s first phone with dual-edge display or dual-curved screen. However, the report doesn’t reveal the source of the poster.

The Xiaomi Arch appears like a concept smartphone from the purported poster
image (see above), and features a dual-edge display instead of just the single-edge display seen on the recently launched Samsung Galaxy Note Edge.

On the other hand, the anticipated next generation Xiaomi MiPad tablet, expected to be called the MiPad 2, is said feature an Intel chipset (1.8GHz), instead of an Nvidia Tegra SoC as seen on the original MiPad. The other tipped specifications of the rumoured MiPad 2 included a similar 7.9-inch display with a 2048×1536 pixels resolution; 2GB of RAM; 16GB of built-in storage, and MIUI skinned on top of Android 4.4.4 KitKat.