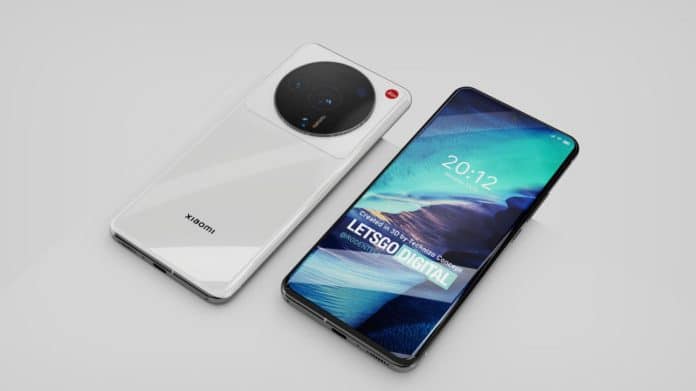 Xiaomi 12 Ultra Leaked Case: As we get closer to the introduction of Xiaomi’s next flagship Xiaomi 12 series, more leaks have begun to surface. We saw a real-life photograph of the Xiaomi 12 smartphone emerge online earlier this month. We now have our first glimpse at the series’ high-end variant, the rumoured Xiaomi 12 Ultra, and this is how it will seem.

The Xiaomi 12 Ultra’s Design Has Been Leaked

Xiaomi 12 Ultra Leaked: LetsGoDigital has published a storey that provides us with a sneak peek at Xiaomi’s next flagship. According to the renderings, the phone will have a somewhat different design with a large circular camera hump. The same information was confirmed by a GizmoChina storey, which included the Xiaomi 12 Ultra’s leaked casing.

The protective cover appears to have eight cutouts, four for cameras and the other for other sensors. The largest cutout is thought to be for the primary camera, which might have a resolution of 200MP. The remaining three cameras’ specifications are still unknown, although there’s a chance they’ll be configured at 48MP. The Xiaomi 12 Ultra case’s additional cutouts may be filled in with an LED flash, a noise-cancelling microphone, and other necessary sensors.

Furthermore, the case leaked that Xiaomi will remove the secondary display on the back of the Xiaomi 11 Ultra, which is currently present. Xiaomi is also anticipated to work with Leica to create the cameras for its future flagship series, after the termination of Huawei’s cooperation with the German firm earlier this year. LetsGoDigital’s leaked photographs substantiate this claim.

In addition to exposing the Xiaomi 12 Ultra’s back camera configuration, the leak stated that the smartphone will have the power button and volume rockers on the right. At the bottom of the case, there are cutouts for a USB-C connector, a speaker grill, and a mic, as well as a hole for another speaker grill at the top.

In terms of internals, the Xiaomi 12 Ultra is confirmed to be one of the first smartphones to have the newest Qualcomm Snapdragon 8 Gen 1 SoC. The smartphone is said to include a 120Hz OLED display, an ultrasonic fingerprint sensor, and a 4,500mAh battery with the capability for 120W fast charging. However, the device’s storage capacity, availability, and pricing are presently unclear. So, stay tuned for further information on the Xiaomi 12 series in the coming days.

The basic Xiaomi 12 is believed to share specifications with the Ultra variant, except for a new design that will be more reminiscent of the Mi 11 phones. Along with the Xiaomi 12X, the Xiaomi 12X is scheduled to be released. Confirmed details, on the other hand, have yet to be disclosed. The Xiaomi 12 series is set to be released at the end of this month.