Windows 10: What are tech critics saying? 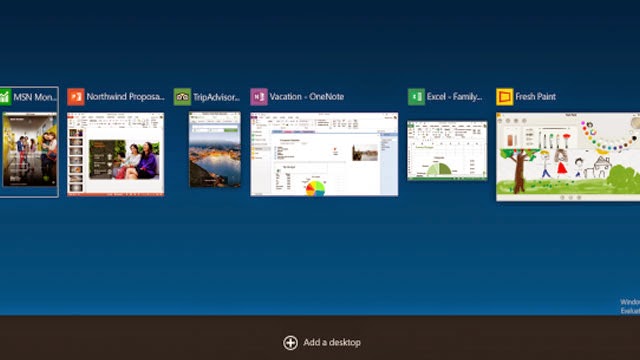 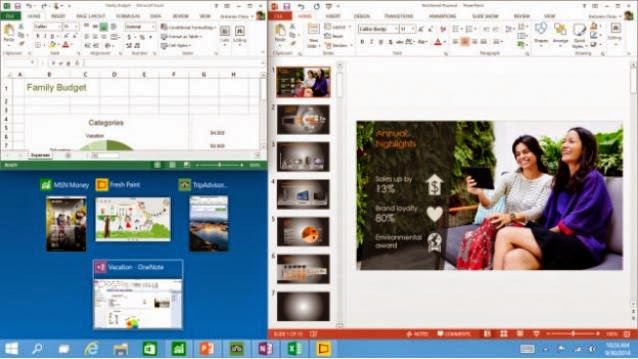 The next iteration of Microsoft’s Windows OS is here! While its the latest version of the OS, Microsoft has clearly taken a step backwards. While it had tried to move in a completely new direction with Windows 8, the all new Windows 10 seems to bring back the Windows 7 feel and what possibly it feels worked from the Windows 8 variant. This isn’t a surprise as Windows 8.1 itself was a small step backwards, if you remember.

The technical preview is out, which is still an unfinished version, which means Microsoft has some time to add further tweaks until the final version id launched in mid of next year. Meanwhile, here’s what some tech critics are saying about the new Microsoft OS.

Evidently, everyone is happy that the Start menu is back! It has been one of the most awaited changes.
“Microsoft has given in to critics and brought back the traditional start menu that people will recognize from Windows 7. That means consumers can click on the window icon and have a menu pop up showing their documents folder, PC settings, command prompt, and the like. Microsoft has also tried to placate people that were accustomed to the tile-based interface of Windows 8 by, in essence, gluing a few tiles onto the right side of the start menu,” says Businessweek.

“The Start menu itself can also be resized endlessly and you can add as many live tiles as you want. In Windows 10, the size of the Start menu is really only limited to the size of your monitor. The demo we saw was surprisingly fast and the menu was responsive, even when dozens of live tiles were added at once,” points out Mashable.

With Windows 8, Microsoft tried to bring in familiarity with its desktop and mobile OSes. However, desktop users were clearly not pleased. In its Windows 8.1 update and the upcoming Windows 10, it is trying hard to woo desktop users. With the rising popularity of Chromebooks, Macs and others, we are sure Microsoft doesn’t want to leave a stone unturned.

“One of the biggest criticisms of Windows 8 was that it was difficult for users of mice and keyboards to navigate the interfaces designed for touch, and touchscreen users had trouble navigating the traditional desktop that works so well with a mouse and keyboard. With Continuum, Microsoft appears to be taking that criticism to heart, and it says the new interface design smoothes those transitions,” points out TheVerge.

In its bid to offer better multitasking, the company has also introduced Task view. While testing the Task View feature, Mashable felt it “worked seamlessly” and the user could quickly and easily switch between multiple applications. “The features we have seen are quite promising, particularly for those who were unsatisfied with Windows 8’s emphasis on touchscreen devices. Microsoft has undoubtedly shown they are willing to listen to what their users want,” adds the Mashable report.

While some people feel Microsoft is finally listening to users, other think the company is losing conviction of its own ideas and giving in to user demand without putting in efforts to prove its point. A report by TheVerge states, “What we saw today in San Francisco worries me, and it should worry anyone who wants Microsoft to succeed long term. This looks like a Microsoft that is unwilling to try things, one either without good ideas or without the confidence to commit to the good ideas it’s already had. Windows 8 was an attempt to reinvent the way we use our most important and most personal devices, but now Microsoft doesn’t even seem to be trying.”

“Windows 10 is all about balancing the demands of different users. It’s not just business users with desktop PCs and keyboards, versus tablet users. Windows is for sensors and data centres and Windows Phone and Xbox One as well as tablets and laptops and desktop PCs and giant wall screens and all the devices in between (at least in Microsoft’s ambitions). But what we’re seeing in this first technical preview release is very much about balancing the heritage of two decades on Windows with the new world of touch,” states Techradar.

“It’s telling that throughout its entire event, Microsoft seemed to be speaking not to Windows 8 users, but to the customers who took one look at live tiles and decided to stick with Windows 7 or Windows XP. The problem wasn’t that the features didn’t work or that everything was too damn colorful. It was that there was too much training involved — Windows 8 is just way too hard to learn, and most people just didn’t want to go through the trouble. So Microsoft kept as much Windows 8 as it could, while reverting the core pieces of the operating system back to something people know and understand,” adds the report.

Finally, the charms menu dilemma still continues. While the company is believed to kill the Charms menu, it did appear at the event. However, news has it that the final version will come sans the Charms menu. “Though Microsoft’s Joe Belfiore demonstrated that Charms still exist on stage, it wasn’t present in the build we tried after the event. A Microsoft rep told us that Windows 10 won’t actually have a Charms Menu unless you’re using it on a touchscreen, and even then Microsoft hopes to encourage app developers to build the touchscreen buttons right into their apps rather than use a global menu,” says Gizmodo.

In a nutshell, Windows 10 could be reprise for Windows 8 users. It is clearly a mix of what we saw in Windows 7 with a dash of Windows 8. It isn’t completely new, yet comes with some cool features and welcomes back some highly anticipated features that were ditched by Windows 8. Read 10 interesting features of the Windows 10 OS. The technical preview doesn’t offer all features that are expected in the final cut. This leaves Microsoft with good over six months to make further changes to its OS.