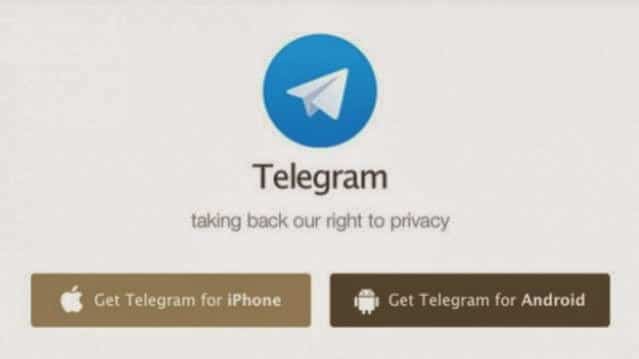 WhatsApp’s loss is clearly Telegram’s gain. When the most popular cross-platform messaging app was bought over by Facebook and then went promptly went down for hours, another messenger app named Telegram benefited from it.

For those of you who’ve still not heard of Telegram, it’s a messaging app available for Android and iOS, and lays emphasis on security and privacy. Following WhatsApp’s biggest outage in years, users flocked to sign up for Telegram instead, pushing the app to the number 4 spot on the App Store yesterday and the number one spot for iPhone apps in 48 countries.

Telegram’s team has claimed that over 4.95 million users worldwide signed up to use the app over the weekend. Of course, the jostling to get the app caused a bit of a trouble for the app makers, who saw Telegram go down for a couple of hours too. The team, using its official Twitter account, pinned the blame on the lack of adequate servers to handle the sudden influx of traffic. “We are adding servers, but it takes time,” the team explained.

It looks like Europe was one of the hot-spots for Telegram over the weekend as the team announced that it had been trying hard to avoid connection issues in that part of the world. Unfortunately, it was becoming increasingly difficult to do so and Telegram had to switch off the ability to share pictures in Europe to handle the issues.

Alarm bells had already started ringing for long time users of WhatsApp when the company got purchased by $19 billion by Facebook. Quite like the batch of users who deleted their Instagram accounts after it got taken over by Facebook, WhatsApp too saw a departure of users who downloaded Telegram for its uncanny similarity in the UI to WhatsApp.

On Saturday, WhatsApp went down for three hours thanks to a network router outage. Jan Koum, CEO of WhatsApp issued an apology but the damage was done. Whether or not this outage causes a dent in WhatsApp’s 450 million strong user-base is yet to be seen, but for now Telegram seems to be stumbling its way into the limelight.