Upgrading Minimum Broadband Speeds To 2Mbps is first rate, however do something positive about FUP too 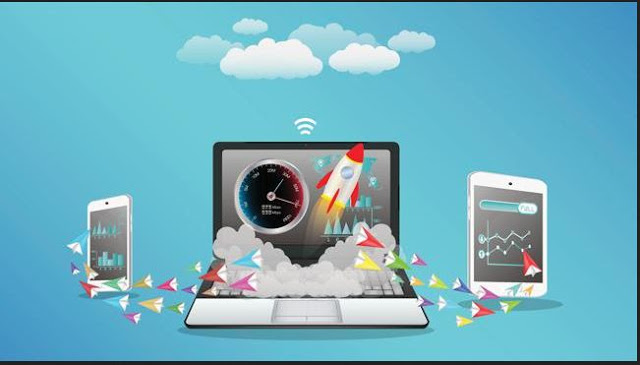 Broadband internet speeds in India are among the slowest in the world, with an average of 2.8Mbps as of December 2015. South Korea on the other hand, has an average speed of 29 Mbps. The government of India is in the process of correcting that to an extent by boosting up the minimum broadband speeds from 512 Kbps to 2Mbps.

According to a report in the Times of India, IT Minister Ravi Shankar Prasad has said that he will take up the matter with the Communications ministry. “We will consider laying down a policy for increasing the minimum broadband speed from the current levels,” he said.

One of the major reasons for pushing the minimum speed limit, is due to the rise in the startup ecosystem in India. Also delivery of various consumer services through mobile apps, online retail and so on are among the reasons which is prompting the government to consider this move to upgrade the minimum broadband speed on wired as well as wireless networks.

It was in August 2014, when the minimum broadband speed was doubled from 256 Kbps to 512 Kbps. Anyone who has used the internet on a 512 Kbps line in 2016 knows just how slow that speed is and how frustrating it is to access a lot of heavy websites as well as watch buffer-free videos. Even experts and industry analysts are calling 512Kbps an ‘abysmally slow’ speed.

Not just the government, but Trai had also proposed increasing the broadband speeds. “Speed must be above a certain threshold to enable use of desired applications such as video viewing or gaming. Higher electronic communication speeds are relevant in knowledge-based communities. This is because it spurs productivity, and hence increases competitiveness,” said Trai in a report.

What about those dreaded FUP limits?

While it is good to see the government moving in the direction of improving internet speeds, it is pertinent that the regulations for this pass as soon as possible. At a time when India is on the verge of 4G revolution with many players getting on to the 4G bandwagon and offering competitive data plans at speeds close to 10Mbps at least, speeds such as 256Kbps or 512Kbps should not even be considered for broadband internet use.

But apart from slow connectivity, there is another elephant in the room – FUP or Fair Usage Policy. FUP basically limits the internet speeds after a particular bandwidth limit is reached. This means, that my ‘Unlimited’ 2Mbps plan will switch to 512Kbps after I have exhausted 16GB data within a month. Despite Trai’s paper on transparency surrounding FUP limits, a lot of ISPs still continue to offer ‘Unlimited Plans’, for which the conditions are hidden somewhere in the fine print. Unless, there is a relaxation in the FUP practises, high speed internet is quite pointless to lot of people. It will just be another way for the internet service providers to get richer.

The tweet above shows how wireline connections are a fraction of the wireless connections. It is great that we are accelerating at a glorious rate as fare as mobile internet adoption is concerned, but fixed wireline connection is still a concern. At a time when Google is getting fibre connections to home, there are very few players in the Indian market who are offering such services. Needless to say, these services aren’t within everyone’s reach. Also they come with their own conditions. For instance, unless you can assure the provider of a bare minimum number of subscribers who want the service in your locality (in case the ISP does not operate in your locality), there is no way you are getting a fibre connection.

According to a Nasscom and Akamai report, India’s 330 mn fixed and mobile internet subscriptions are expected to grow by 20 percent to 730 mn by 2020. A faster broadband connection and relaxation of the Fair Usage Policy (FUP) limits will go a long was in getting to that number before 2020.

With things such as video and audio streaming becoming mainstream in India, it is pertinent that it reaches to even that part of the population which can afford the basic broadband plans. According to this Deloitte report on the ‘Rise of On-demand content‘, online music users in India are expected to reach 273 mn users by 2020 and video subscription market is estimated to touch Rs 35-40 bn by 2020.

Video streaming sites such as YouTube already have features such as Offline viewing, which is peculiar to India due to our slow connectivity speeds. It is no surprise that video delivery apps such as HotStar, Netflix, Voot, Ozee, Sony LIV as well as audio streaming apps such as Apple Music, Gaana, Saavn and others have suddenly sprung up in the last two years. Apart from this there are so many educational websites such as Coursera, Udemy, edX and so on which are offering free educational video courses.

The only thing that is stopping everyone from enjoying these services to their true potential, apart from entry costs in certain apps and services is the FUP limit. In 2016, there should be no reason for anyone to stop watching their favourite shows or having to cut down on their appetite for free educational courses, just because that sword called ‘FUP limit’ is hanging over their necks.

Google’s report on its free Wi-Fi offering at railway stations across India is an important case study of how data hungry citizens are. “It’s heartening to note that even though users are in transit catching their trains and moving to their destinations, the average consumption per user on the network is 15 times the data they would consume on a 3G pack in a day, which today is the most dominant means of access to the Internet in the country,” said Google in its findings. And no, not everyone is just watching movies or listening to music. 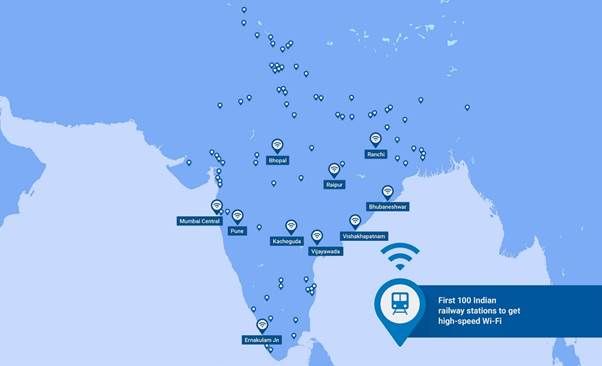 “Bhubaneswar and Pune see lots of students come to the stations to look for up information related to educational courses, exam results , downloading softwares and upgrading their phone apps,” said Google.
Reliance Jio’s Preview Offer has got over 1.5 million and preliminary findings have shown that average data usage per month has been around 26GB.

While demanding true unlimited internet bandwidth is taking things too far, the least ISPs could do is offer better data caps. Offering a true 4Mbps connection with a 10GB data cap like in this MTNL listing of ‘Unlimited Plans’ for instance is ridiculous in an age of Netflix and heavy data consuming apps.
So while it is refreshing to hear that the minimum broadband speed will be boosted up four times from 512 Kbps to 2 Mbps, the government also needs to come up with policies for better FUP standards.