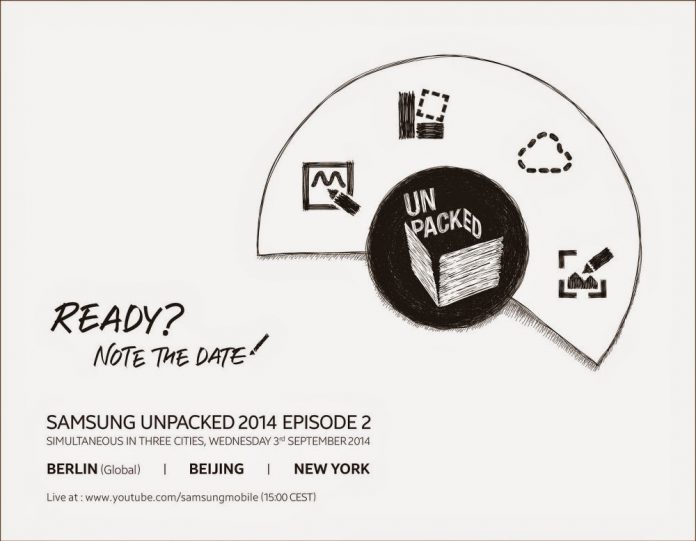 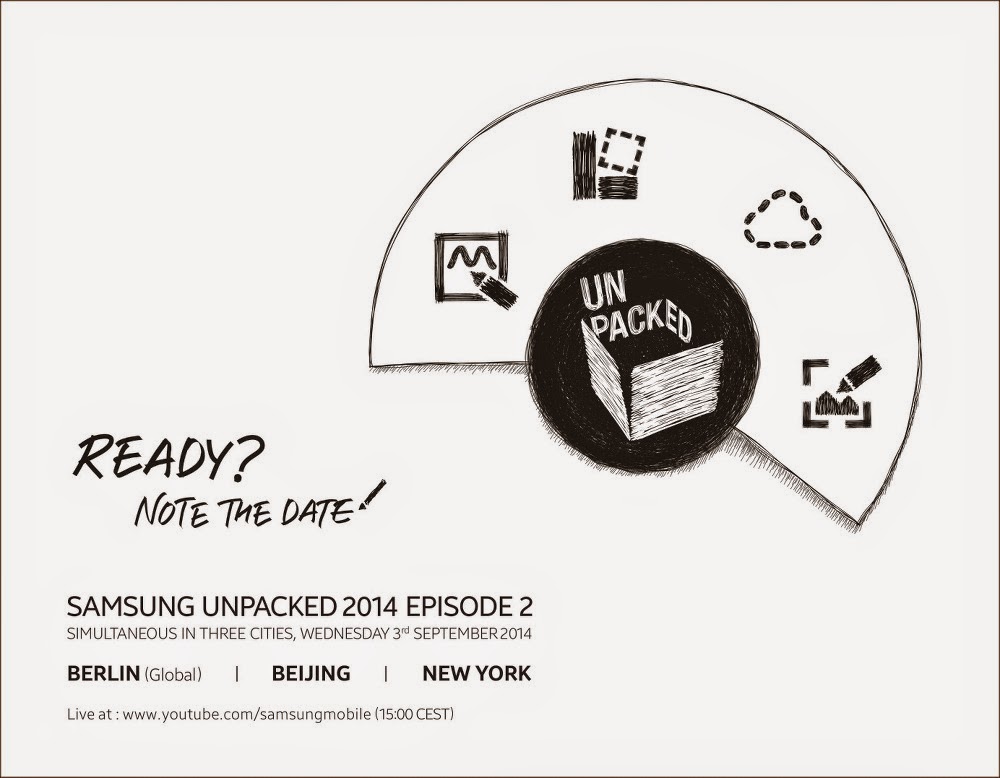 Following a string of exclusive reports confirming the September 3rd launch date that we simply could not publish without upsetting our sources, we are finally able to bring you the official invite for Samsung’s second Unpacked event of the year. In accordance with one of our published reports last week, the September date mirrors the date for the Galaxy Note 3 launch last year, immediately preceding IFA in Berlin. This also bodes well for the accuracy of rumors that suggest the actual release of the phone in-stores will follow the launch date closer than it did in previous years.

Examining the actual invite, we see that there is actually a substantial detail being teased for us. When in years past, the invite had no discernible graphic and perhaps only carried the word “note” to give a hint of the announcement, this invite features the Air command wheel introduced on last years Galaxy Note 3; albeit a slightly altered one as you may have noticed. The Air command wheel found on the invite has omitted the S Finder function and the Pen Window function, but has retained the Action Memo, Scrap Booker, and Screen Write features. However it also features what appears to be a “manual selection” tool, something that currently exists with the Galaxy Note 3 S Pen, but is performed by holding the S Pen button while tracing the desired content.

This is all educated guessing, but guessing nonetheless. Other current speculation about what the Galaxy Note 4 phablet will bring to the table includes a 5.7-inch QHD (2560×1440) display, an Exynos 5433/Snapdragon 805 processor, 3GB of RAM, a 16-megapixel with a Sony IMX240 sensor and optical image stabilization, an ultraviolet sensor, and at least Android 4.4.3 KitKat. Rumors of a curved/flexible display variant also persist, but may be limited to few markets, if any.

The event will be livestreamed on Samsung’s Youtube channel and will begin at 9 AM EST.