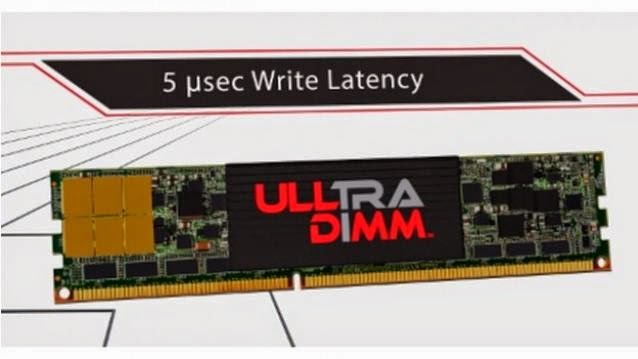 Last week we had seen the announcement of Apacer’s next generation RAM sticks which will come with a dedicated module for M.2 NGFF SSDs. Now, SanDisk has announced its ULLtraDIMM solid state drive, which promises to close the gap between the current flash based solutions and the CPU. What this means is that unlike the Apacer SDIMM which still uses the SATA 6Gbps interface, the ULLtraDIMM SSD will connect the flash storage to the memory channel via the standard DIMM slots. SanDisk has collaborated with Super Micro Computers and Diablo Technologies to come up with this drive. 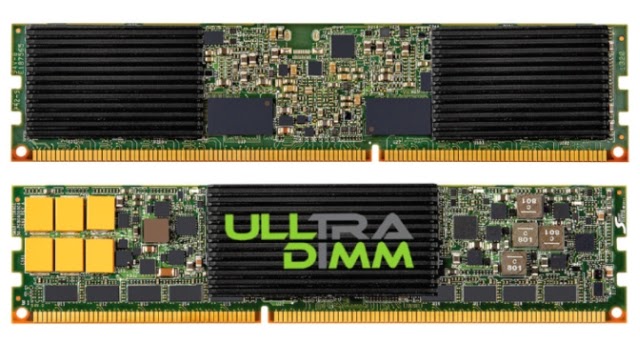 As of now the ULLtraDIMMs are meant purely for enterprise use. The traditional 6 Gbps interface proves to be a bottle neck, because unlike the RAM interface the storage drives do not have a direct link to the CPU. This increases latency. With the ULLtraDIMM SSDs SanDisk is trying to provide an ultra-low latency memory-channel connected storage solution.


The immediate advantage of using the memory channel interface is reduced application response times. This is helpful for server system designs which require extremely fast data storage such as transaction processing, virtualisation and cloud computing.

At the moment SanDisk has released the DDR3  ULLtraDIMM SSD. Performance numbers released by SanDisk place the write latency of less than 5 microseconds, random read/write performance of 150k/60k IOPS and data transfer rates of upto 1GB/s / 760MB/s for sequential read and write operations.

SanDisk has employed 19nm MLC NAND memory and the ULLtraDIMM SSDs come in 200GB and 400GB capacities. It will begin shipping in SuperStorage and SuperServer platforms by Q4 2014.