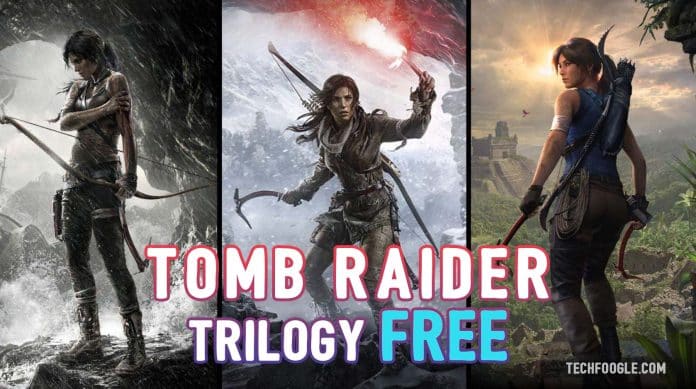 tomb raider trilogy free on Epic Games: On the Epic Games Store, you can get the Tomb Raider reboot trilogy for free.

The games come with all of the game’s DLC – clothes, new weaponry, side quests, and even Lara Croft’s legendary Playstation 2 skins. The relaunch included many new elements, including a comprehensive crafting system that allowed players to modify their guns and make a variety of arrows, including poison, explosive, and fire varieties.

Let’s go out with a bang.

For the final day of 15 Days of Free Games, we’re giving you… not one, not two, but three (3!!) Tomb Raider titles! 🎉https://t.co/1bzgT8Rlyy pic.twitter.com/G83gfAhncb

Crystal Dynamics produced all three games, which rebuild Lara Croft’s origins via a survival-exploration context rather than an adventure setting. It also borrows heavily from the Uncharted series, with players being able to choose between stealth and guns blazing, as well as close-quarters combat and quick-time events (QTE). The games are linked and lead players on a trip from Japan to Russia to South America, where they will face a hidden organization known as the Order of Trinity.

This isn’t the first time Epic Games has given out a complete trilogy. The business released the Batman: Arkham trilogy for free back in 2019, which led to many application problems before anyone could collect their downloads. Language issues were also noticed by users online, with everything switching to Spanish or Chinese at some point. The server overload has subsided, and people may now download the trilogy without difficulty.

On the side, Epic Games Store is having a winter deal where you can get a lot of games for a lot of money. In addition, the firm is providing purchasers with a $10 (about Rs 745) voucher that can be used on any purchase, bringing the total price down even more. The offer will also conclude on January 6th.