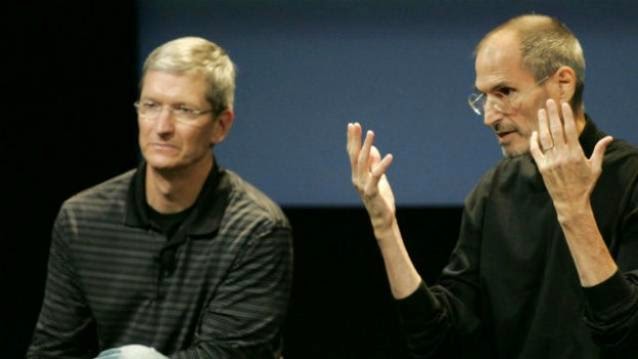 A new book titled Becoming Steve Jobs by Brent Schlender and Rick Tetzeli claims that the current CEO Tim Cook offered Apple founder and then CEO Steve Jobs a part of his liver in 2009, when the latter was waiting for a transplant.

According to a report in the Telegraph the book says that in 2009, Cook went to see Jobs at his home who had “developed ascites – an accumulation of fluid in the abdomen,” while he waited for a liver transplant.

The report adds that “Cook was convinced Jobs was going to die and went to a hospital for tests to see if he shared his friend’s rare blood type.” It was a match and then Cook told Jobs that “there was no risk involved in the operation.”

Steve Jobs however wasn’t so happy and instead shouted down Cook saying he wouldn’t let him go through the procedure. Jobs eventually got a liver transplant later that year. He died in 2011 when his pancreatic cancer returned.

Recently Tim Cook told CNBC’s Jim Kramer that not a day goes by when he doesn’t think of Steve Jobs. According to Business Insider Cook said, “You know, there’s not a day that goes by that I don’t think about Steve. And – he is still the – core part of Apple. His DNA is deep in the company. And – his office is still next to mine, with his name on the door.”

According to a report on CultofMac, which looked at a preview version of the book on Amazon, the book also “reveals how Steve Jobs and Disney boss Bob Iger talked about buying Yahoo! together at one point.”

The report also adds that Jony Ive, Apple’s chief designer reportedly said that Apple will never make a television again. Steve Jobs died on 5 October 2011, just a day after Apple had announced its new iPhone 4s in the market.

The book is available for pre-order on Amazon and will start shipping on 8 April 2015 for India users.