The ‘Make in India’ dream: India needs to find it’s own Xiaomi 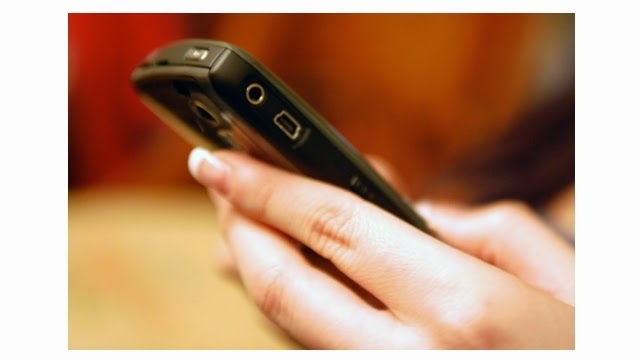 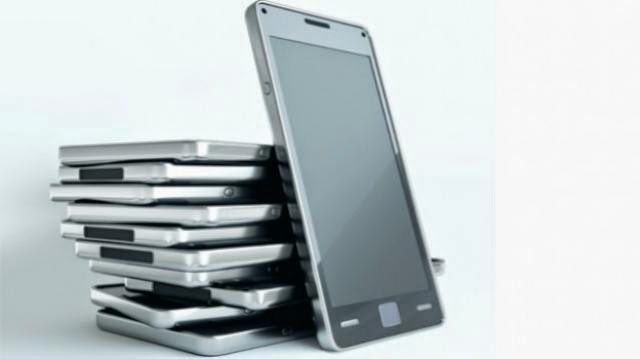 When PM Narendra Modi announced the ‘Make in India’ initiative in September, the first thing that struck us was – How about a phone that is ‘completely’ built in India? Not the old assembled units that are sold by Micromax and the like. But a phone that is built from ground-up in India.

After all, in the last couple of years, the Indian mobile sector has evolved by leaps and bounds.With the increasing purchase power of the middle class and growing number of phone users, it has in fact, become a mining hub for phone ‘vendors’.

IDC official numbers show that from 66 million units shipped in the fiscal year 2006, a whopping 221.6 million units were imported to India in 2012. In 2013, we crossed the 1 billion mark for smartphones and in the first quarter of 2014, India was one of the fastest growing smartphone markets in Asia Pacific. So why not a made in India mobile phone?

We’ve seen efforts to this end in the past with ‘Project Aakash’ that aimed at an India-built tablet for students. However, Aakash was only assembled in India and couldn’t be called a true ‘Made in India‘tablet.

Xiaomi has already taken the first steps in this direction, and talked about their plans of moving their manufacturing base to India.

So although hazy, the dream may become real in the distant future. We spoke to a few Industry experts, mostly phone makers, and asked them what they think of building a phone in India and the possible hurdles.

“With the new Govt taking steps in the direction of ‘all clearances under one roof’ and fast track approvals, we are confident that the dream of ‘Make in India’ will actualize, points out Datawind’s CEO Suneet Singh Tuli.

A firm believer and proponent of ‘Made in India’ products, Datawind are among the only companies in the tablet PC segment, that has set up a Fabrication plant and manufacturing facility for touch panels in India.

The Make in India initiative has been greeted with considerable enthusiasm across sectors.
Government regulations, uncertain political conditions and duty structure seem to have been the key challenges, and these creases could be ironed out with the new initiative.

However, will this be enough to help companies begin building a device here? No, not really. While the thought is noble, it requires a lot more of effort to actually get started. Government regulations, import duty, and manufacturing ecosystems are all problem areas that need to be revamped urgently.

Building a phone/tablet that can effectively compete with other devices in the market, is not a simple process.  Various components like the camera, chipset, memory modules etc are usually sourced from different companies. In order to manufacture a phone in India, you will need the entire ecosystem to be present here. And, that is the biggest hurdle right now.

However it should not be that difficult considering how we’ve flourished in the automotive business. Today, India (read Chennai) has all the integral elements, technologies, component suppliers, plants etc that have been contributing to the state’s development, and Gujarat may soon follow suit.

So, what is holding us back from building an ecosystem or rather why haven’t we done so yet?
“When it comes to manufacturing, India faces a few challenges such as the country’s chronic infrastructure and logistics shortage with unproductive transport networks making it hard-hitting for manufacturing companies to achieve just-in-time production,” says Pankaj Rana, Business Head, Smart Phones and Tablets, Panasonic India.

Prashant Bindal, CEO, Spice Mobility, feels India is already the fastest growing mobile market in the world and the industry will benefit significantly from a local manufacturing policy.

“At the moment, there are several factors holding back local manufacturing of mobile phones in the country such as unavailability of local components and assembly and an organized ecosystem for chipset manufacturing, lack of skilled manpower and infrastructure hurdles in the country. The high taxation structures and interest rates for corporate lending discourage the entry of domestic manufacturers in these segments,” he said.

Tom Lu, CEO, OPPO Mobiles India, said “India has immense talent and the growth of the manufacturing sector here is commendable. We are not averse to the idea of manufacturing phones here. However, we are still relatively new in the market and depending upon our growth here, we will look at setting up a manufacturing plant here in India.”

However, companies like Xiaomi are already making plans to begin manufacturing here. Manu Jain, India head, Xiaomi tells us that, “We had plans to begin manufacturing in India even before we did the whole cost effective analysis. And, if we have to stay close to Indian audiences and build India specific products, then we probably do it here. It was more from the perspective of building products for India rather other benefits.” Xiaomi is also working on setting up their already existing e-commerce site for India. The site should go live in the next four to six months, he adds.

What has been stopping us?

Now, to begin manufacturing goods locally, the requisites go well beyond simply building a manufacturing unit. It requires a lot more like quality vendors for mechanical and electrical components, software companies, skilled labour, good supply of electricity and water, reliable supply chain and the list is endless. Manufacturing itself has several roadblocks.

Tuli says that components for phablets currently attract a 28.82% duty/levy on import as against 12% on the finished products. So, in such a scenario, why would any player manufacture them? There is just no incentive.

“Then again, for products belonging to same category i.e. Smartphones, phablets and tablets, the duty structure is different. Smartphones/phablets currently draw a concessional rate of 6% import duty on the finished product as against 12% for tablets. These are devices ranging in screen sizes of 5 inches to 6.9 inches that provide full functionalities of tablets. Should these be dubbed phone or tablet? There are a host of sub 7 inches phablets that are masquerading as smartphones, simply with a single purpose of taking advantage of lower duty on smartphones. The current specs of these phablets aka smartphones make them comparable to low end laptops or can be classified as automatic data processing machines,” he adds. 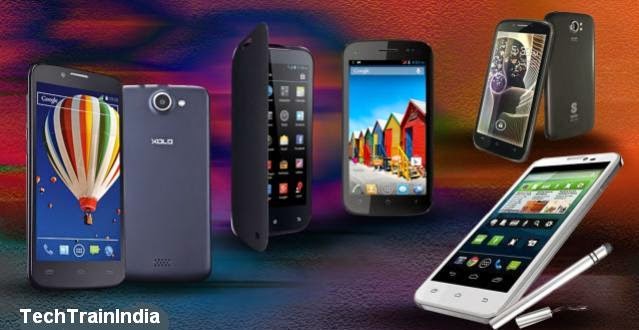 “We have just begun to do the math internally of cost benefit analysis. Now, you will face custom duties and have to pay part of logistics cost for shipping goods from Taiwan to India, and this cost is not very high. On the other hand, you will face the entire manufacturing and assembling cost among others, and running manufacturing operations here will become economic only after a certain volume of devices is achieved,” adds Jain.

“In the current situation companies cannot achieve Economies of Scale until India becomes an export hub, as the quantities will be less and manufacturing cost will thus be higher ultimately leading to higher cost of product to the consumer, points out Rana.

On a brighter note, he also adds, “As the costs for Chinese products are going up, this is a great time for companies to move production to India. Prices are sure to come down as import related logistical cost and duties will no longer be a part of the cost of the product. However, it will still take some time for manufacturing costs to come down as companies will be able to achieve.”

Then, how is it possible in China and Taiwan?

Yes, this is something that has been on our mind for the longest time. The Indian market is similar to the Chinese market. However, the latter is a manufacturing hub for the world at large, and we are still at the nascent stage.

It takes many years to establish an ecosystem conducive to building devices, especially phones and tablets. “If you see in the last 10-15 years, companies in India focus on exploring services – IT services and other services. China and Taiwan on the other hand, developed the entire ecosystem for manufacturing, Jain said.

“When compared to China, the country has followed a more-exports-at-any-cost policy to enhance its economy. The Chinese government’s support to manufacturing in the form of reasonable cost of funds, affordable inputs and world-class infrastructure gives the country an advantage over Indian manufacturers,” adds Rana.

In China and Taiwan, the whole process of sourcing and manufacturing to logistics and supply chain is well defined and regulated. “This is true for not just electronics but this discipline cuts across all segments and that is essentially the reason why these countries form the sourcing base globally,” points out Tuli.

Spice’s Bindal makes a similar point. “The presence of trained manpower and financial support from the local governments goes a long way in making these countries competitive in manufacturing mobile handsets. There are several local manufacturers that have developed world class manufacturing facilities in these countries and are supplying products to companies globally. As mentioned above, we lag behind on all these factors.” 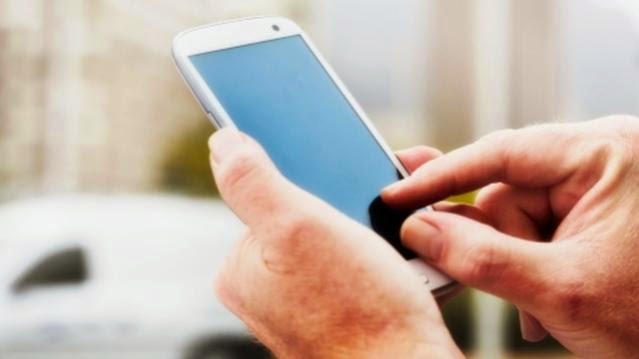 How the Indian government can help?

While the government has already started taking some efforts in this direction, it could help further by offering incentives to companies looking to manufacture here.

Pointing out some of the steps taken by the government, Rana states “It (government) has given in-principle approval to five National Investment and Manufacturing Zones (NIMZs) outside the Delhi-Mumbai Industrial Corridor (DMIC) region. Also, the central government is giving 25% subsidy and various state governments are offering VAT-free operations, amongst other relaxations. This is leading to a lot of investment opportunities for global companies to manufacture in India.”

However, that isn’t enough and the government could take some cues from developed as well as other developing countries and implement some relaxations.

“If you look at developed economies, there is marginal to no import duty on these electronic items as they are seen as essential commodities. Countries in the west have actually rolled out programs where they are encouraging manufacturing by creating these tax led enabling environments. US for one is offering tax preferences (deductions) to encourage domestic production activities. The government is actually looking at these tax breaks as federal tax spends; besides it is creating special provisions to support this manufacturing and also becoming one of the large buyers,” said Tuli.

“The government should actually look at removal or minimizing of the current duties/taxes on tablets, PCs, laptops, smartphones/phablets or at least at the bare minimum ensure uniformity in taxes. We believe that the current tax rate should be reduced to at max 2% of the import value as against the current 12%,” he adds.