Snapdragon 450 unveiled by Qualcomm : Expect improved battery life and performance over the 435 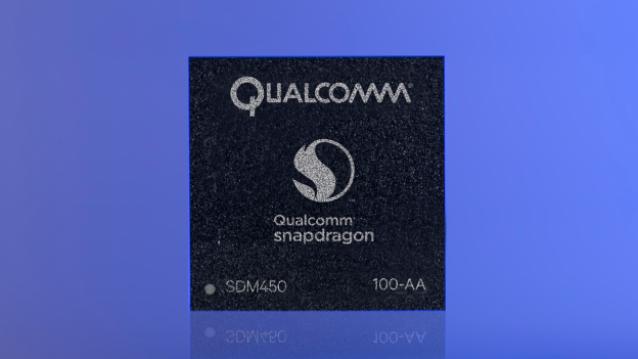 At Mobile World Congress Shanghai, 2017, Qualcomm unveiled a new entry to the mid-range Snapdragon 400 platform. This platform is called the Snapdragon 450 and is quite a step up from the 435 platform it replaces.

The Snapdragon 435 platform can be found in a number of phones at varying budgets. The upcoming Nokia 6, for example, uses a slightly older Snapdragon 430 platform. 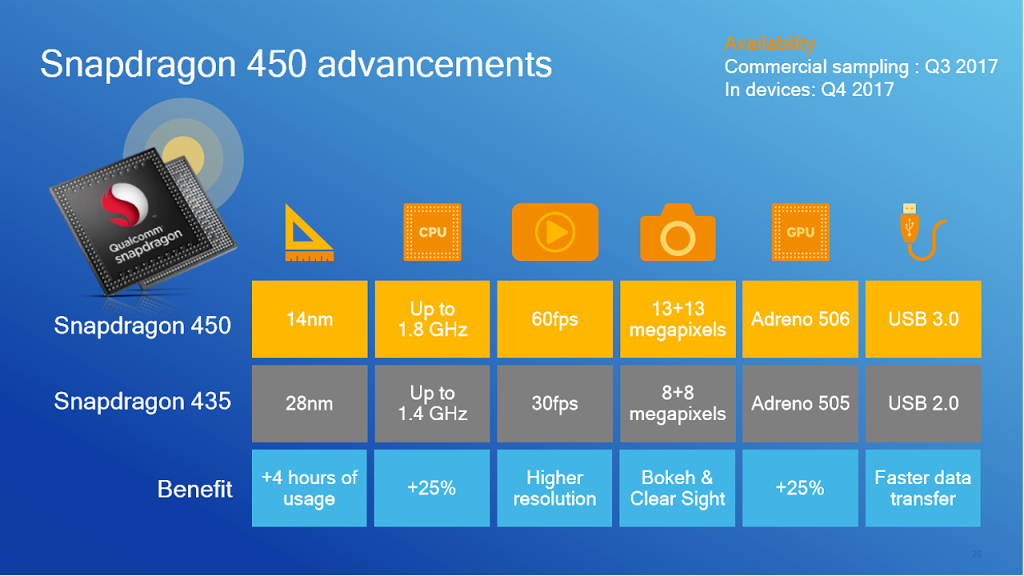 The 435 is built on a 28 nm manufacturing process and features 8x ARM Cortex A53 cores clocked at 1.4 GHz. It also features an Adreno 505 GPU, supports 300 Mbps / 100 Mbps downlink and uplink speeds over 4G LTE and can handle 21 MP image capture and FHD video recording at 30 fps.

The 450 ups the ante by shifting to a more power-efficient 14 nm process that at the very least, allows for better battery life and higher clock speeds. The latter will translate directly to improved platform performance. 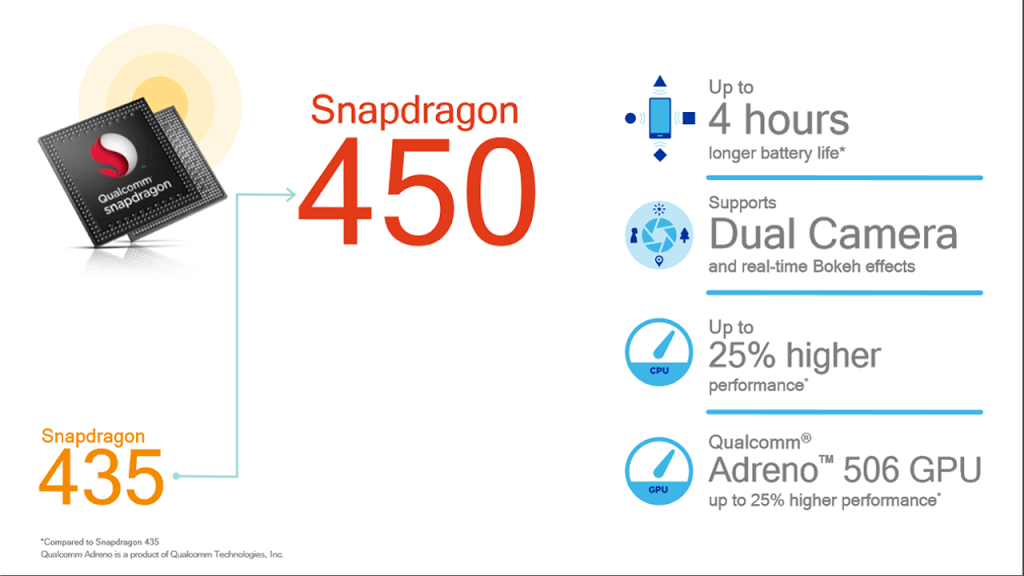 Qualcomm is claiming that the 450 platform offers 25 percent more CPU performance and 25 percent higher GPU performance with 30 percent lower power consumption. In total, one can apparently expect up to four hours more average battery life. The digital signal processor (DSP) and image signal processor (ISP) have been updated. The DSP is apparently five times more efficient and the ISP can now handle a dual-camera setup with 13 MP sensors. The ISP can also handle a 21 MP single sensor camera. The platform can also handle FHD video recording at 60 fps. The 435 could handle dual-cameras, but could only support dual 8 MP sensors.

Other updates to the camera include zooming audio, which zooms in when the camera zooms in. Surround microphones are also supported so you can either record in surround sound, after a fashion, or cut out ambient noise from outside the field of view. 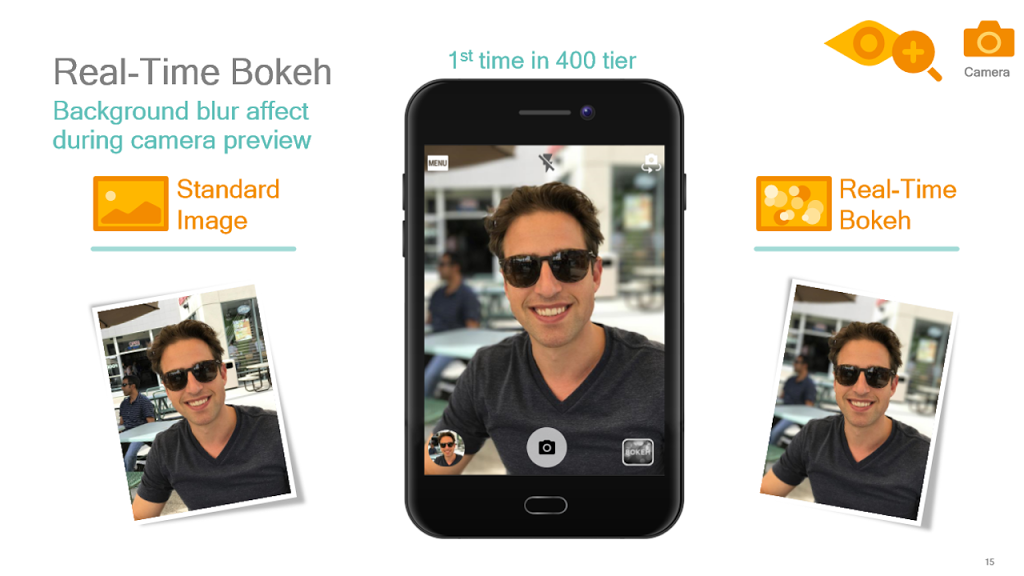 Judging by the spec sheet, Qualcomm has managed to boost the CPU core clocks, which are still 8x ARM Cortex A53 cores, to 1.8 GHz. This is a 28 percent boost in clock speed over that on the Snapdragon 435 and should account for the 25 percent performance boost that Qualcomm is claiming. The modem gets a slight upgrade as well as it now supports 150 Mbps uplink speeds, which is 50 percent faster than on the 435. 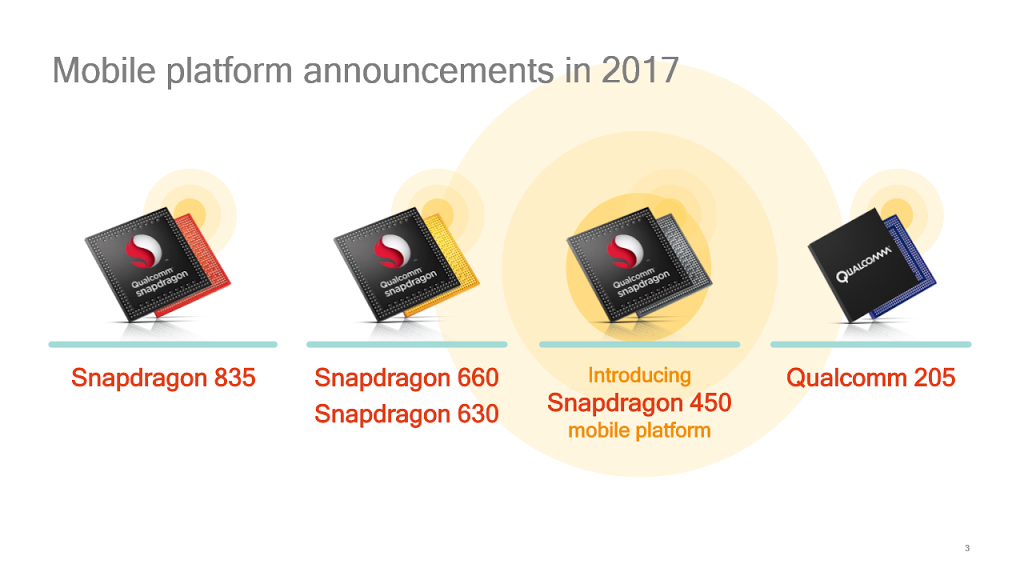 The dual-camera support is interesting because this is the first time we’re seeing it on the 400-series platform. Qualcomm also claims that the platform supports real-time bokeh, which is the depth-of-field blurring effect that we’ve seen on the likes of the Apple iPhone 7 Plus and the OnePlus 5. There is also an option to enable Qualcomm Clear Sight, which uses a dual-camera setup involving a monochrome and RGB sensor to create sharper images.

Surprisingly, support for biometric access via an iris scanner has also been added.
Overall, the shift to the 14 nm process in particular should be beneficial to smartphone users.