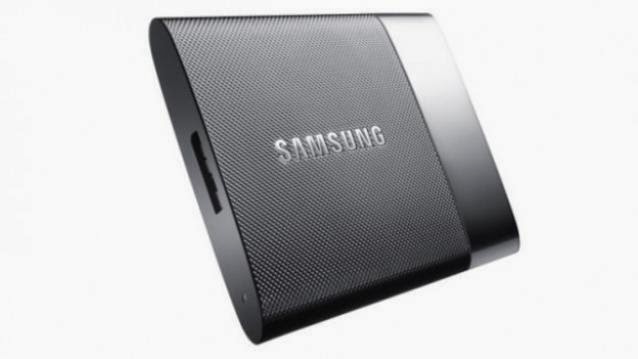 Samsung has launched the Portable SSD T1, an external portable solid state drive featuring 3D vertical NAND (V-NAND) memory technology. The 250GB variant is priced at Rs 12,000, the 500GB variant comes at Rs 18,000 and the 1TB variant will set you back by Rs 35,000. These drives will come with a 3-year warranty.

First announced at the Consumer Electronics Show in Las Vegas earlier this year, the Samsung Portable SSD T1 will be selling on online retailers such as Amazon, Flipkart, Snapdeal and will soon start selling at local retail stores.

The SSD comes with a black chrome metal finish and it weighs around 30 grams. Meant for business travellers and creative professionals, the Portable SSD T1 comes with 256-bit hardware encryption. Samsung claims that the drive offers sequential read/write speeds of up to 450 MB/s with a USB 3.0 super speed interface and random read/write speeds of up to 8,000 inputs/outputs per second (IOPS) and 21,000 IOPS, respectively. We will have to check these claims when we review the drive.

The Samsung Portable SSD T1 will work with both Windows and Mac PCs using the exFAT file system, eliminating the hassle of having to reformat for every type of computer.

Traditional NAND cells use a floating gate architecture where the charge is stored in the floating gate which is the conducting material. Samsung uses its technique called the charge trap flash, which uses an insulator in place of a conducting floating gate and stores charge in the insulating material temporarily. For the V-NAND, Samsung has converted the planar CTF design to a non-planar one where the silicon substrate is in the centre surrounded by the insulating material which is then surrounded by the control gate. Its vertical architecture stacks 32 cell layers on top of one another. According to Samsung this addresses the scalability issue as well as reduces interference between the cells thereby increasing endurance.

“We live in a digital age and with the proliferation of smart devices, the need for storage is on a rapid rise. We needed to think beyond the existing storage options and provide our consumers with mobility, capacity and security of performance. The Samsung SSD T1 helps users manage their data on the go, offering faster speeds and saving precious time of the users” said Mr Anuj Jain, Senior Vice President, Enterprise Business, Samsung India Electronics Ltd.